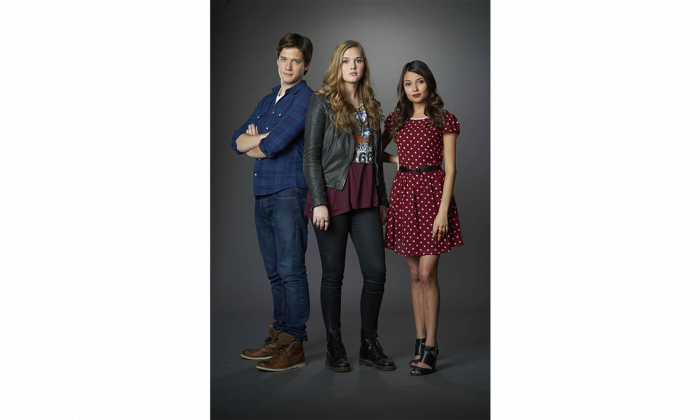 Cameron plays Dylan Blake, a 16-year-old who secretly starts looking into the mysterious disappearance of her father, missing for the last nine months, when the local police decide to stop searching for him. Most think it’s just a case of abandonment, but Dylan thinks she knows her father better than that.

After her father disappeared, Blake hooks up with the wrong crowd and ends up being arrested. For her transgressions, she is assigned to do community service at Open Heart Memorial Hospital where her mother just happens to be trauma surgeon Dr. Jane Blake (Jenny Cooper) and her sister is first-year resident Dr. London Blake (Tori Anderson). Oh, and her grandparents are members of the hospital board as well.

The hospital is also where her father, Richard, was last seen.

The series, which begins Jan. 20 on YTV, has a unique twist. Viewers can download an app that lets them follow Blake throughout the week as she works on uncovering what happened to her dad. In a digital world the Open Heart: Unlocked! app lets viewers get to know Blake and keep up with her investigation through text messages, social media, and photos that they can see on her phone. The information is updated every day.

“In addition to being part of Dylan’s adventures on television each week, fans will also get to join her in the digital world, following her every step of the way and in real time,” executive producer/writer Ramona Barckert said in a press release.

Of course, Blake is not alone in her quest to unravel the mystery of what happened to Richard, while uncovering clues both in her family and within the hospital. She has help from friends like Mikayla (Cristine Prosperi), who keeps her informed about all the social drama at the hospital; Seth (Patrick Kwok-Choon), a nerdy lab tech who has an unending supply of biochemistry knowledge and ironic t-shirts; long-time friend and bad-boy Teddy (Dylan Everett); and the charming Wes Silver (Justin Kelly), who always has something to say.

There are other characters that round out the players in this drama that will keep viewers glued to their seats as the mystery unfolds.

Epitome Pictures Inc. is a Canadian television production company founded by Linda Schuyler. The company produced “Degrassi: The Next Generation” and “Instant Star,” two television drama series for a young adult audience that are distributed around the world.

Twelve 30-minute episodes of “Open Heart,” which was shot in Toronto, have been commissioned by YTV in Canada and TeenNick in the U.S.