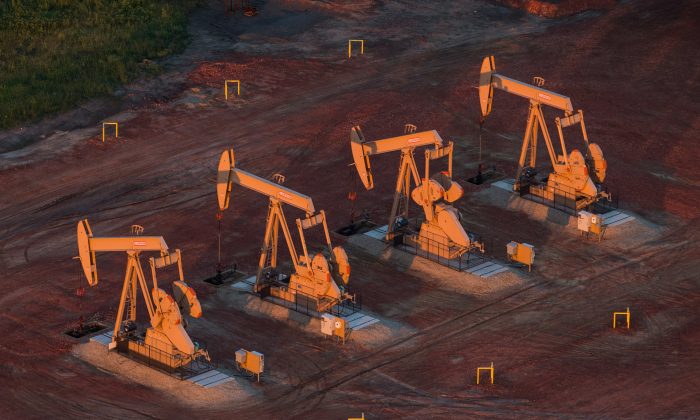 The Organization of the Petroleum Exporting Countries (OPEC) cut demand forecast for its own oil by around 300,000 barrels per day (bpd) in 2015, mainly due to increased supply from American and Canadian shale formations.

Last week, OPEC’s secretariat in Vienna, Austria, issued a report projecting that demand for oil from its 12 member nations would drop from 29.7 million bpd this year to 29.4 million bpd in 2015.

Global oil consumption will still increase due to growth in economic activity in the United States and developing nations, but non-OPEC oil producers will largely meet this demand. The cartel expects non-OPEC producers to grow their production by 1.3 million bpd to 57 million bpd by next year.

“Even if next year’s world economic growth turns out to be better than expected and crude oil demand outperforms expectations, OPEC will have sufficient supply to provide to the market,” stated the OPEC report.

OPEC expects global oil consumption to increase by 1.21 million bpd in 2015, more than this year. Consumption growth this year has been lackluster due to increased oil conservation efforts by developed nations and several other economies just regaining momentum.

Although fracking is criticized because of environmental and safety concerns, the production method has dramatically increased U.S. oil production and oil exports. According to Energy Information Administration estimates, daily oil production from shale and tight rock formations has increased from under 0.5 million bpd in 2008 to 2.5 million bpd by last year.

Three main types of oils trade on international markets: the West Texas Intermediate (WTI) crude produced mainly in Texas, the Brent blend produced in the North Sea, and the OPEC Basket. The WTI is less dense than OPEC oil, and therefore is referred to as “light” oil.

The U.S. and Canadian oils produced from shale rock formations are even less dense than WTI, and are considered as “ultralight” for their gassy composition and much clearer color than typical “black gold.”

U.S. oil refineries such as Valero Energy and Phillips 66 had invested billions of dollars in equipment to refine heavier foreign crude, which are cheaper and lead to higher refining margins.

But with the shift to lighter crude, refineries are now upgrading some of their capacities to process this newer type of “ultralight” to meet greater demand, including foreign exports.

“We expect to see U.S. condensates (ultralight oil) flowing into the Asian market from now on,” said Yoshikazu Kobayashi, manager at Japan’s Institute of Energy Economics, according to energy industry information service Platts.

However, the presumed abundance of U.S. oil available to world markets isn’t guaranteed. Ultralight crude, due to its high gas content, is volatile, prone to explosions, and costly to transport. Government regulations also mandate that crude must undergo certain levels of processing to be eligible for export.

But the U.S. Department of Commerce may be loosening oil export controls. Last month the Commerce Department granted two U.S. refineries permission to export condensate with only minimal processing. The trend is expected to continue as U.S. energy policy evolves over the next several years to account for greater shale oil production.