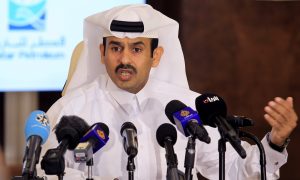 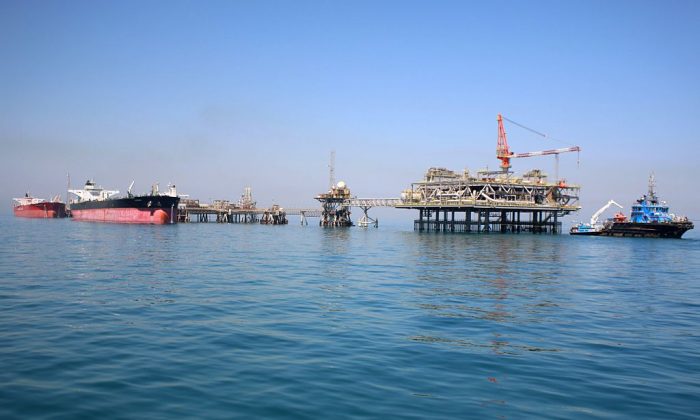 Before its agreement to cut oil supplies even started, OPEC’s production plunged by the most in almost two years last month.

In a sign of the urgency felt by the cartel amid tumbling crude prices, leading member Saudi Arabia throttled back production, according to a Bloomberg survey of officials, analysts and ship-tracking data. The group’s pact to curb output only formally started this week.

The kingdom’s deliberate cutbacks were compounded by unplanned losses in Iran, which is being targeted by U.S. sanctions, and in Libya, where protests halted the biggest oil field.

As a result, oil output from the Organization of Petroleum Exporting Countries fell 530,000 barrels a day to 32.6 million a day last month. It’s the sharpest pullback since January 2017, when the group first embarked on its strategy to clear the glut created by rising supplies of U.S. shale oil.

A global coalition of oil producers known as OPEC+, which comprises both members of the group and other exporters including Russia, agreed on Dec. 7 to reduce output during the first six months of 2019. Crude prices failed to rally however, and instead slumped to the lowest in more than a year.

Brent crude futures climbed as much as 5.1 percent on Jan. 2 as shipping data showed Saudi Arabia was delivering its announced cutbacks, but at about $56 a barrel it remains 35 percent below the four-year peak reached in early October.

Investors remain concerned that OPEC+ isn’t cutting enough to make way for another surge of supply anticipated from shale oil drillers in America. They’re also increasingly worried that a slowing global economy, coupled with the U.S.-China trade dispute, will hit fuel demand and swell the pile-up of unwanted crude.

The Saudis curtailed production by 420,000 barrels a day to 10.65 million last month, from a record of just above 11 million reached in November, the survey showed. Energy Minister Khalid Al-Falih has promised to cut even deeper this month, going beyond the reductions the kingdom signed up to.

As is often the case with OPEC, not all of the supply restraint seen last month was deliberate.

Libya’s production fell by 110,000 barrels a day to 1 million a day. Sharara, the country’s biggest oil field, has been offline since it was stormed in mid-December by an armed group and demonstrators demanding better government services.

The situation in the North African nation, plagued by clashes and unrest since the fall of former leader Moammar Qaddafi in 2011, worsened on Jan. 2 when bad weather at the Es Sider port forced a separate output reduction of 100,000 barrels a day.

Iran’s crude production fell by 120,000 barrels a day last month to 2.92 million a day, the survey showed. The country’s output has slumped 23 percent since U.S. President Donald Trump announced in May he would re-impose sanctions after abandoning a nuclear accord with the Islamic Republic.

The penalties resumed in November, though the U.S. surprised importers by awarding many of them temporary waivers, which could cause shipments to rebound this month.

Even with the pre-emptive Saudi cutbacks, OPEC has plenty of work still to do to fulfill its promises. The 11 members bound by the deal committed to an overall cut of 800,000 barrels a day, mostly from their October levels, while their non-OPEC partners pledged a decrease of 400,000 barrels a day.

Countries which last month rushed to maximize oil exports before the agreement took effect will now need to reverse those increases.

Iraq, which bridled at the requirement to cut shipments last year, bolstered output by 130,000 barrels a day in December to 4.7 million a day, according to the survey. The United Arab Emirates, which has been expanding production capacity, also increased output.