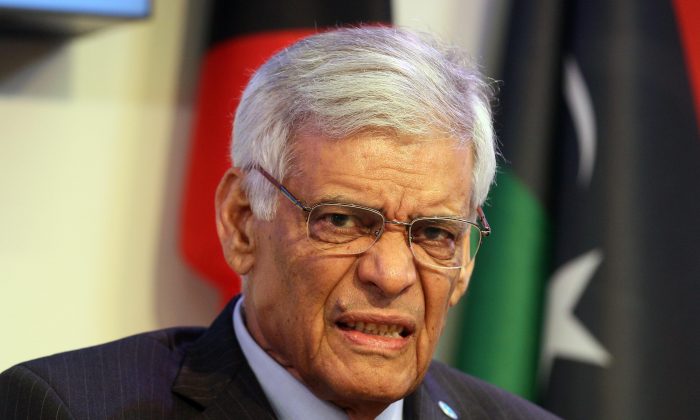 An attempt to nudge the cost of oil higher would have involved lowering output. Instead, the organization’s endorsement of present output, which is more than 1.5 million barrels a day above the formal ceiling of 30 million barrels, is likely to push the price of oil down further.

The ministers of the Organization of the Petroleum Exporting Countries appeared to have little choice. Major producing nations in the cartel were opposed to reducing output. Instead, OPEC is poised to produce more oil.

Iran, which once pumped around 4 million barrels a day and is now down to about half that, is preparing to come back fully on line once it sheds nuclear-related sanctions in a few months.

Senior oil official Amir Hossein Zamaninia said last week Iran hopes to bring an extra 500,000 barrels on the market by early next year. He said he hopes the extra output will be accommodated within OPEC’s formal ceiling of 30 million barrels a day.

Arriving for Friday’s meeting, Iranian oil minister Bijan Namdar Zanganeh said Iran is ready to discuss a ceiling for its production—but only after his country makes a “full return to the market.”

Iraq is also resurgent. The country has seen the fastest rise in crude production in the world this year. It was pumping more than 4 million barrels a day last month and was responsible for last month’s biggest monthly rise in output among all OPEC countries.

And the ministers agreed to readmit past member Indonesia, to expand their ranks to 13. While that country’s production goes mostly for domestic consumption, that move could also add some to the total amount of OPEC barrels on sale.

A final statement on the meeting was unusual in not mentioning any decision on production ceilings. But conference president Emmanuel Ibe Kachikwu told reporters that there was agreement to maintain “current actual production,” which is well above the formal ceiling set at 30 million barrels a day.

Friday’s news pushed oil prices down, with the U.S. benchmark rate sliding 2.7 percent on the day to $39.99.

The decision effectively leaves it up to individual members how much crude to pump and was a strong signal of OPEC’s eroding ability to act as a group in efforts to influence supply, demand—and prices.

Kachikwu acknowledged as much, telling reporters asking about Iran’s return: “At the end of the day every country has a sovereign right to bring to the marketplace its resources.”

“The logic is simple,” he said, of OPEC’s present clout in a market where non-members such as Russia and U.S. shale producers play an increasingly large role. “We are only 35 percent of the producers an there are still 65 … percent producers out there.”

Some OPEC members are producing at their limit and like at previous meetings, the pressure was on swing-producer Saudi Arabia, which accounts for about a third of OPEC’s output, to cut back. But the desert kingdom remained opposed.

The Saudis already resisted cutbacks a year ago, a strategy calculated to put higher-cost outside competitors—like U.S. shale oil producers—out of business. The hope was that would eventually lead to a drop in supply and a rebound in prices.

That plan clearly hasn’t worked, with benchmark U.S. crude’s value falling by more than 40 percent over the past year and now hovering around the $40 mark per barrel.

Cushioned by past profits on oil, the Saudis can hold out, even if production costs exceed sale revenues. Not so much some others.

Kachikwu, the conference president who also represented Nigeria at the meeting, acknowledged that continued low prices will hurt his country.

“There will be pain,” he said.