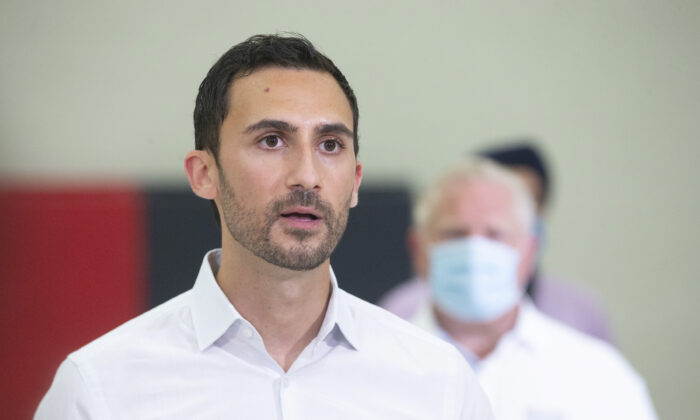 TORONTO—Ontario is postponing March break until the week of April 12 in an effort to reduce COVID-19 spread as students return to in-person classes.

“I recognize this is one more change in a year that has been challenging for so many students and our education staff,” Lecce said Thursday. “But it is one made on the best advice of public health officials to keep them safe and to keep our schools open in this province.”

The province’s largest teachers’ union, the association representing public school boards and the Opposition New Democrats had all asked for the March break to go ahead as planned, saying families, students and teachers needed it.

All students began the new year learning remotely as part of a provincial lockdown. The government then took a gradual approach to reopening physical classrooms, starting with northern and rural areas.

Students in three COVID-19 hot spots—Toronto, Peel Region and York Region—will be the last ones in the province to return to physical classrooms on Feb. 16.

Top doctors in Toronto and Peel have warned that rolling back other restrictions as students resume in-person learning amid the spread of new virus variants could kick off a worse wave of infections.

The provincial and federal governments have been urging residents to limit their travel.

The federal government recently introduced its own policies aimed at preventing travel over the spring break. Four major airlines have halted their flights from Canada to Mexico and the Caribbean until the end of April.

The provincial government has also introduced mandatory COVID-19 testing for all international arrivals to Ontario.