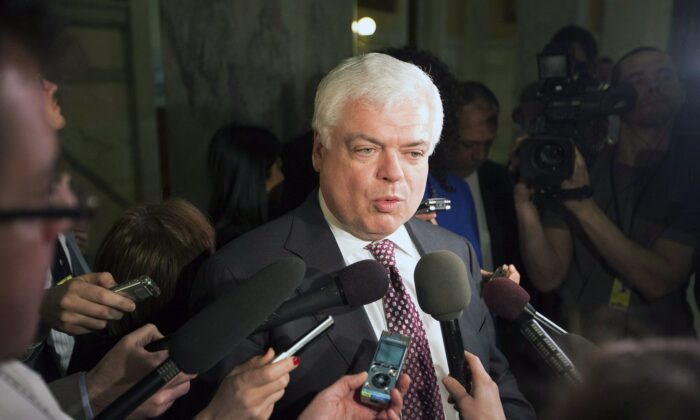 A longtime Toronto legislator has been named interim leader of Ontario’s New Democrats as the Official Opposition party gears up for a leadership contest.

Peter Tabuns was elected to the role by the NDP’s provincial council, the party announced on Tuesday. It said more details would come later about the timeline and rules of the leadership race.

“The NDP is honoured that the people of Ontario have asked us, once again, to form the Official Opposition, and I’m humbled to have an opportunity to lead the party for a time,” Tabuns said in a written statement.

He said the caucus is “energized and committed” to holding Doug Ford’s Progressive Conservative government to account on issues like workers’ wages, health-care wait times, climate change and the needs of students and long-term care residents.

Tabuns has represented the riding of Toronto-Danforth since 2006 and has served as critic for various portfolios, including energy and environment.

He will replace Andrea Horwath at the helm of the province’s Official Opposition party after she announced on election night that she would step down.

The NDP rose from third party to Official Opposition status between 2009 and 2018 under Horwath’s leadership, but their seat count diminished to 31 this election.

The party said Tuesday that its provincial council would hold another meeting to determine the rules and election date for the party’s leadership contest.

Party president Janelle Brady thanked Horwath for her leadership and congratulated Tabuns in a Tuesday statement that said the NDP is in a “strong position” financially and with its supporters and volunteers.

“The choice of a new leader and the direction of our party belongs to the tens of thousands of NDP members in Ontario—and I can confidently say the party is in good hands,” she said.

Tabuns served as a Toronto city councillor in the 1990s and worked as executive director of Greenpeace Canada before being elected to the provincial legislature.

He also managed a housing co-op and led a citizens’ environmental group in his Toronto neighbourhood before entering politics.

Ontario’s New Democrats aren’t the only opposition party seeking to fill a leadership void after this month’s election.

Liberal Leader Steven Del Duca also resigned on election night after he didn’t win his own seat and his party failed once again to gain official party status.