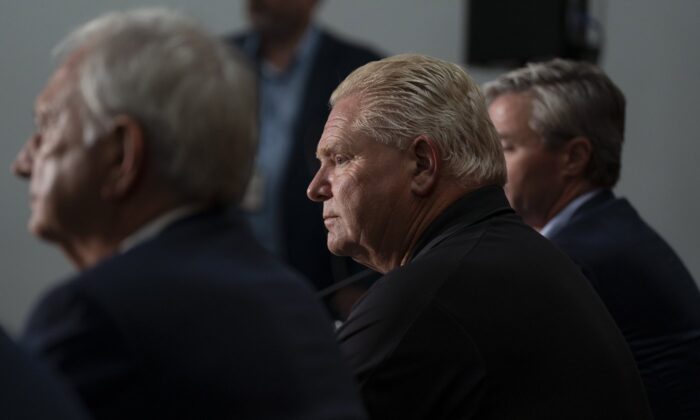 The premiers of the Maritimes and of Ontario say they need a “Team Canada” approach to fixing the country’s health-care problems, but none of the leaders is offering any specifics or solutions.

They told reporters today after meeting in Moncton, N.B., with federal Intergovernmental Affairs Minister Dominic LeBlanc that the country’s leaders need to come together to create a plan to reduce the emergency wait times and surgery backlogs plaguing the system.

But the four premiers would not say when or how that would happen.

New Brunswick Premier Blaine Higgs says things are going to change in health care, but he says he doesn’t know what those changes will look like.

Higgs says it is not about doing more of the same but finding “fundamental ways to improve.”

Ontario Premier Doug Ford, meanwhile, says the country’s premiers and the federal government should draw on ideas to fix the health system from nurses, doctors and heads of hospitals, adding that he is confident health experts will have a “solution.”