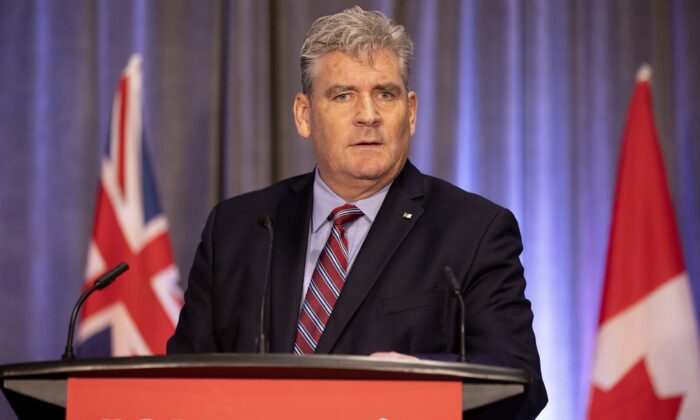 Fraser, who also served as the party’s interim leader in 2018 after then-leader Kathleen Wynne stepped down, will replace former leader Steven Del Duca. Del Duca was elected Ontario Liberal leader in 2020 and held the role for two years before stepping down in June after losing the provincial election and failing to capture his Vaughan-Woodbridge seat.

“I am honoured that my Ontario Liberal caucus colleagues have put my name forward to serve as our party’s next Interim Leader,” he said in a statement. “I am grateful to have their trust and look forward to the work ahead as we rebuild our party and continue our fight for Ontarians.”

Fraser has held the role of House Leader in the Ontario Legislature since 2020 and is currently the MPP for Ottawa-South. He initially won the seat in in 2013 when he replaced former MPP Dalton McGuinty in a by-election. Fraser has won the riding in three consecutive provincial elections.

Prior to being elected interim leader, Fraser had told The Canadian Press that he was considering a run in the Ontario Liberal leadership race, the starting date of which has not yet been determined.

“I’m interested in how we go forward,” he said. “I’m thinking about it.

“We have a lot of work to do, but we’re in a far better situation than we were in 2018. What I’ve been saying to my colleagues and others is, ‘Let’s take time to breathe, figure out what we need to do going forward.'”

As interim leader, Fraser will steer the Ontario Liberals as the party prepares for its upcoming leadership race in the next few months.

“John is a strong and experienced leader with deep roots in the Ontario Liberal Party,” he said in a statement. “I saw firsthand John’s dedication to reconnecting with our grassroots members and to rebuilding our party during his first term as Interim Leader. I know that he will continue to work tirelessly as we navigate this important moment in our party’s history.”

The caucus’s decision will be brought before an Ontario Liberal voting body for formal ratification in early August 2022, according to a statement.