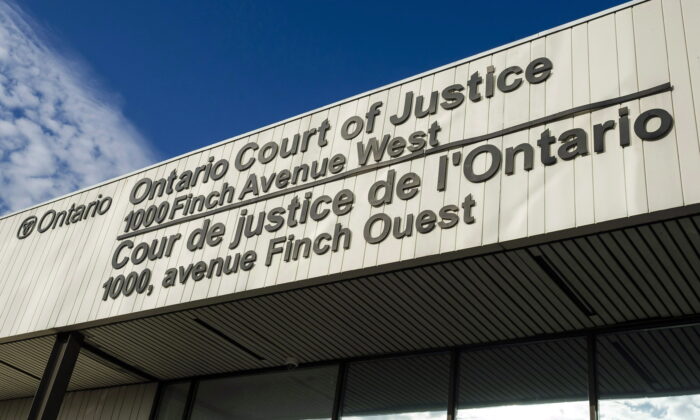 A former auto mechanic has been sentenced to nearly two years of house arrest for causing a 2019 crash in Ontario that killed a 49-year-old mother, leaving her two sons with “significant permanent emotional and physical injuries.”

The judge noted that Linton was driving his Ford pick-up truck on Healy Road in Caledon shortly after 5 p.m. on July 13, 2019, when he decided to overtake a line of cars by crossing the double solid lines at a “sweeping curve,” where he couldn’t see the traffic in the opposite lane.

Linton was speeding over 100 kph in a 70 kph zone before crashing head-on with the oncoming Honda CRV driven by Lucilia Santos, killing her instantly. The collision left her two sons, Eric Medeiros, 20, and Paulo Medeiros, 18, with “crippling and permanent injuries.”

Linton, who lost consciousness at the time, suffered a serious concussion and a debilitating injury to his right foot.

“This case involves a colossal tragedy for two families caused by the reckless behaviour of Mr. Linton,” Schwarzl wrote.

“The bodily harm caused to each of Eric and Paulo Medeiros is both severe and long term. The prospect of recovery for each of them is poor. They are unlikely to thrive in the future, being trapped in broken bodies and souls.”

However, the judge ruled that a penitentiary sentence is not needed to hold Linton accountable nor necessary to denounce his conduct and deter others in similar circumstances.

Linton was sentenced to a conditional sentence of two years less a day, to be served at home instead.

“The offender will be subject to house arrest for the entirety of the sentence and will be subject to electronic monitoring,” Schwarzl wrote. “Should Mr. Linton violate any term of the conditional sentence order, he risks actual incarceration for up to the remainder of his sentence.”

The Crown had proposed a jail sentence of between three and four years for Linton, arguing that if the sentencing was under two years, it would not “adequately address the principles of denunciation and deterrence.”

The defence countered that the Crown’s justification for higher sentences was based on cases where the “aggravating factors” were “absent” in their client’s case.

“For example, the cases relied on by the Crown involved such features as offenders with prior driving records, the use of alcohol, lengthier durations of bad driving, professional drivers, offenders who downplayed their responsibility, bad driving in poor weather, or absconding offenders,” Schwarzl noted.

The judge said Linton has no prior record of criminal or traffic offences. At the same time, Linton did not contest his trial, demonstrating “he has effectively pled guilty.”

Schwarzl added that Linton also wrote a letter of remorse to Santos’s family showing “deep and genuine contrition for his acts.”

“While the search for justice is imperfect, it is my task to impose a sentence that tries to balance the harm done to the victims and the community with the duty to treat Mr. Linton fairly, impartially, and in accordance with the law,” he wrote.

“A global conditional sentence of two years less a day addresses the gravity of the offence and the blameworthiness of the offender.”