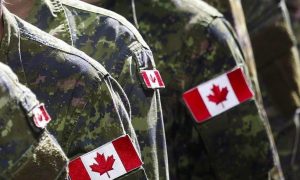 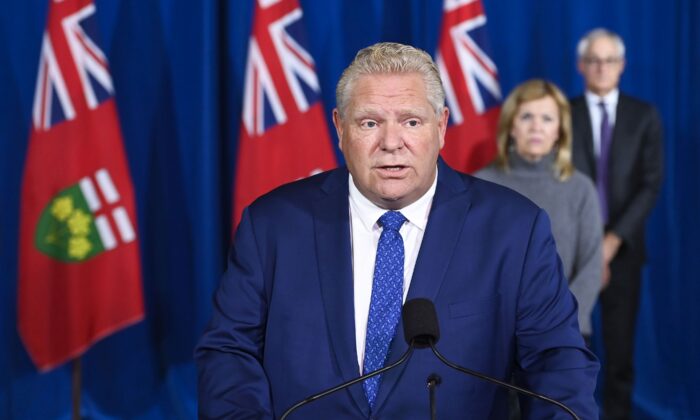 TORONTO—The Ontario government is working to decide which of the province’s long-term care homes will receive assistance from the Canadian Red Cross as the second wave of the COVID-19 pandemic takes hold.

A spokesman for the Ministry of Long-Term Care said Tuesday the province will be finalizing details of the deployment over the coming days.

“We remain committed to taking every step to protect long-term care residents, staff and visitors,” Mark Nesbitt said in a statement.

On Sunday, the federal government announced it had approved a request from Ontario to send the Red Cross to seven long-term care facilities in Ottawa.

The federal minister of public safety, Bill Blair, tweeted that the organization would “help assess and stabilize the situation” in the homes, but gave no further details regarding its role.

Critics said the lack of details about the deployment shows Ontario and its long-term care homes aren’t sufficiently prepared for the resurgence of COVID-19.

“After weeks of insisting that long-term care facilities were ready for a second wave of COVID-19, the Ford government is once again scrambling to contain outbreaks,” NDP Leader Andrea Horwath said in a statement.

“This is a total failure and Doug Ford needs to tell us today: what homes are at risk and what are they doing to prepare?”

COVID-19 tore through Ontario’s long-term care homes in the pandemic’s first wave and has killed more than 1,950 residents.

Provincial data indicates outbreaks have been increasing in the homes once more, with 66 facilities currently dealing with one.

Last week, the province announced the hospital network Unity Health Toronto had reached a management agreement with a local nursing home to help address the spread of COVID-19 at the facility.

It said the network has been managing the Norwood Nursing Home since Sept. 30, and said the voluntary deal will be in place for 90 days, with the possibility of extension. The latest provincial figures show fewer than five resident cases at the home, and fewer than five cases among staff.

Meanwhile, the province says there were 746 new COVID-19 cases recorded on Tuesday, and 807 on Monday. Nine new deaths were also reported Tuesday, and three on Monday.