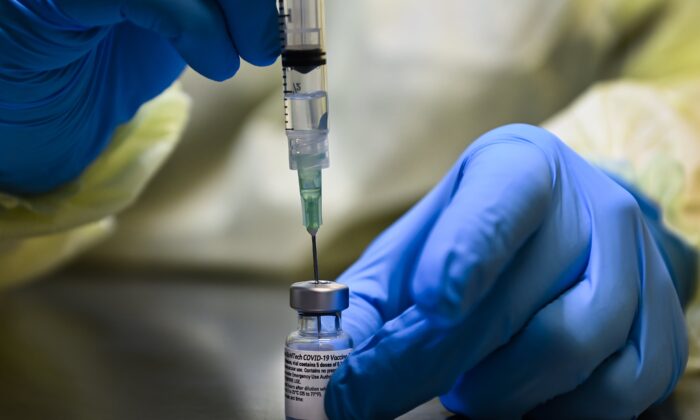 A labour arbitrator has found it “reasonable” for Wilfrid Laurier University to impose COVID-19 vaccine mandates and continue to enforce them even when they’re no longer required by the local health authority.

Mark Wright, an arbitrator in Toronto, has ruled that Laurier University has the “management rights” to mandate vaccine policy for all students, staff, and faculty, and to carry on with it even if the local health authority had revoked the requirement.

Wright’s decision comes after appeals by the United Food and Commercial Workers (UFCW) union against the university’s vaccine mandates.

“The policy was a reasonable exercise of management rights,” Wright wrote in his June 15 ruling, first reported by Blacklock’s Reporter,

The arbitrator argued that the pandemic “has had a significant impact on the University and its employees” and that “universities are by nature gathering places that have the potential to create a significant public health risk if that risk is not properly managed.”

On Aug. 13, 2021, Laurier University announced that all its students, faculty, and 2,200 employees were to be “fully vaccinated or to have plans to be fully vaccinated with an approved COVID-19 vaccine to return in-person” in the fall of 2021.

By early September that year, the university followed up with an announcement that all community members would be required to confirm their vaccination status before they could have access to any of its buildings and facilities. On Sept. 22, the university implemented its vaccine mandate university-wide.

The UFCW, which represents 90 food service employees who work on the university’s campuses, filed grievances on behalf of two members after they received letters from Laurier last October and last December respectively, placing them on unpaid leave of absence due to not complying with the mandates.

They were first placed on three days paid leave of absence, during which they were each mandated to complete a module about COVID-19 vaccination. They were subsequently placed on unpaid leave. Neither of them has been terminated or disciplined.

The grievances sought to challenge the “reasonableness” of the policy and the alleged failure to accommodate the two employees’ requests for exemption on the basis of their religious beliefs.

Wright noted that the union’s two filings alleged that the collective agreement UFCW has with the university was breached, and the Ontario Human Rights Code and the Canadian Charter of Rights and Freedoms were violated.

Wright sided with the university, saying that the policy, considered on its own terms, has a “reasonable management response to the extraordinary threat to health and safety posed by the COVID-19 in all its variant forms especially when considered in the context of the University.”

In addition, the arbitrator said Laurier was “perfectly entitled to continue to enforce its Policy” regardless of the provincial health orders.

“I also find it was reasonable for the University to extend the operation of the Policy to May 1, 2022, even though the Chief Medical Officer of Health revoked the Instructions to post-secondary institutions on March 1, 2022,” Wright wrote.

The Epoch Times contacted UFCW for comment but did not hear back by publication time.