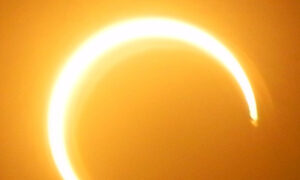 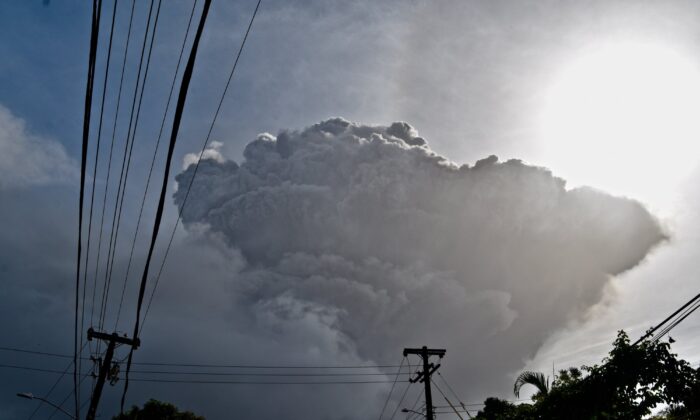 After a massive 6 mile-high eruption of ashes from the Soufriere volcano frightened the residents of Saint Vincent, Prime Minister Ralph Gonsalves said that only those who have been vaccinated for the CCP (Chinese Communist Party) virus could board the cruise ships evacuating people off the island.

“The chief medical officer would be identifying the persons already vaccinated so that we can get them on the ship,” Gonsalves told reporters.

He then explained that there were not enough personnel operating the ships to retain evacuees on them; they can only transport passengers.

“Those that are vaccinated, [the chief medical officer] can get them going on the vessel,” the prime minister said.

“Those who are not yet vaccinated but who would be vaccinated, you wouldn’t send them immediately after vaccination,” due to possible side effects like “wooziness in the head, you know how that is,” he said.

According to World Health Organization WHO data, only 10,805 residents of St. Vincent and the Grenadines have received at least one vaccine dose.

Saint Vincent was blanketed with a thin layer of ash and a “strong sulfur” smell hung in the air on Saturday, a day after the nearby volcano spectacularly erupted after decades of inactivity.

Rumbling noises emanated from the volcano, with ash coating rooftops, cars, and roads in Kingstown, the capital of Saint Vincent and the Grenadines. Videos from Saint Vincent showed a ghost-like landscape.

On Friday, CruiseRadio.net reported that two cruise ships had arrived at the small island to rescue its residents, adding that three more were on the way.

“Carnival Legend and Carnival Paradise are offshore from St. Vincent, awaiting further instructions from local officials on how Carnival Cruise Line can support the evacuation of local residents who are under threat from volcano La Soufriere,” Carnival Cruise Line told CruiseRadio.net in a statement. “Carnival and Royal Caribbean are also working to coordinate our collective efforts for a seamless operation once the embarkation of residents begins. There is no time yet set for when these evacuation sailings will commence.”

St. Lucia, Grenada, Antigua, and Barbados accepted taking in evacuees from the disaster area, with the condition that evacuees are fully vaccinated against the CCP Virus, which causes the disease COVID-19.

Saint Vincent and the Grenadines, where just over 100,000 people live, has not experienced volcanic activity since 1979, when an eruption caused approximately $100 million in damage. Before that, La Soufriere erupted in 1902 and killed more than 1,000 people.