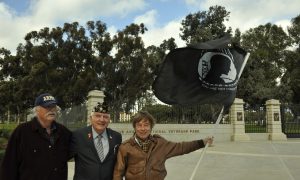 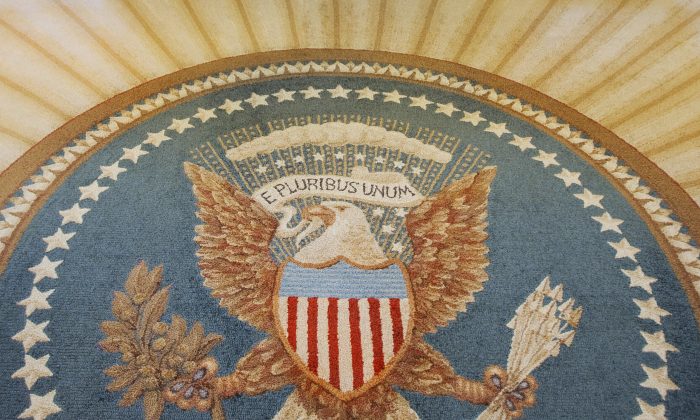 The Great Seal of the United States. Even though a government shutdown looms Oct. 1, the White House and a breakout group of eight Republican senators have been unable to agree on a bipartisan budget deal. (PAUL J. RICHARDS/AFP/Getty Images)
Politics

Only One Month to Avert Government Shutdown

Even though a government shutdown looms Oct. 1, the White House and a breakout group of eight Republican senators have been unable to agree on a bipartisan budget deal.

They are separated by long-standing differences over whether to only reduce spending on large benefit programs or whether to combine those cuts with increased tax revenue.

Following a meeting Aug. 29 in the White House, one of the Republicans, Sen. Bob Corker of Tennessee, said the talks had gone nowhere. “It’s pretty evident that there’s no common ground right now,” Corker said.

The White House described the talks as candid and helpful. Obama has insisted in the past that a big deal over the budget had to include closing tax loopholes that benefit the wealthy.

The Sept. 30 deadline of the end of the fiscal year has been in view for some time with both Democrats and Republicans expected to prevent a government shutdown through a temporary resolution to permit continued spending, putting off resolving disagreements over 2014 budget appropriations.

The larger issue of the debt ceiling complicated the conversation when on Monday Treasury Secretary Jacob Lew said in a letter to Speaker Boehner (R-Ohio) that the government would need to borrow more money by mid-October to pay for spending. Lew asked for the debt ceiling to be raised so Treasury could continue to borrow money.

Speaker Boehner responded at a campaign event in Idaho for Congressman Mike Simpson.

“I’ve made it clear that we’re not going to increase the debt limit without cuts and reforms that are greater than the increase in the debt limit,” Boehner said to a crowd of 430 at the Boise Centre on The Grove, reported the Idaho Statesman.
“I made up my mind that we weren’t going to kick the can down the road any more,” said Boehner.

“The president doesn’t think this is fair, thinks I’m being difficult to deal with. But I’ll say this: It may be unfair but what I’m trying to do here is to leverage the political process to produce more change than what it would produce if left to its own devices. We’re going to have a whale of a fight.”

At the conclusion of Thursday’s meeting, no future meeting was scheduled.
The talks between the White House and the group of Republicans were not necessarily meant to resolve those coming entanglements. Indeed, from the beginning the talks were based more on hope than pragmatism. Both sides came to recognize that a deal between the White House and a small group of Senate Republicans would do little to sway the Republican majority in the House.