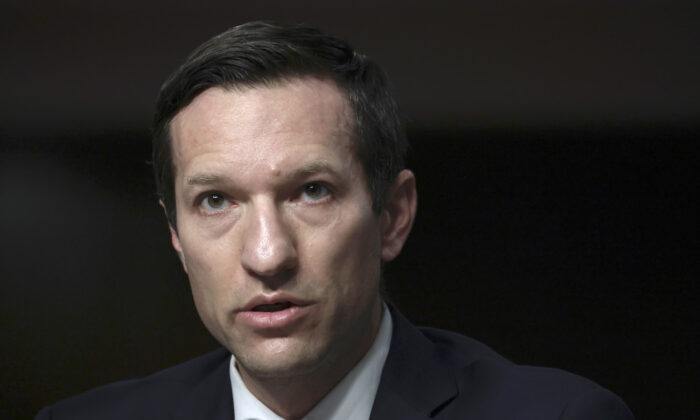 ‘Only Matter of Time Until There Is a Major Incident’ in Indo-Pacific If China Continues Aggression: Pentagon Official

The Chinese Communist Party (CCP) is systematically implementing a wide-ranging strategy to undermine and ultimately replace the rules-based international order, according to one Pentagon official.

“Across all metrics, the Indo-Pacific is the fastest growing part of the world, it’s a tremendous opportunity for the United States but also obviously presents great challenges,” said Ely Ratner, assistant secretary of defense for Indo-Pacific affairs.

“The single most consequential challenge in the Indo-Pacific from a security perspective stems from the People’s Republic of China,” Ratner added, using the official name for communist China.

Ratner delivered the remarks during a talk at the Center for Strategic and International Studies, a Washington-based think tank. He said that the CCP’s military wing, the People’s Liberation Army (PLA) had drastically increased its aggression toward U.S. partners in the Indo-Pacific over the last five years.

That aggression, he said, was part of a wider “unified strategic approach” to “deconstruct core elements of the rules-based order.”

The CCP was using the PLA, he said, “systematically testing the limits of our collective resolve” and “advancing a new status quo.”

Ratner cited a drastic uptick in unsafe PLA intercepts of other nation’s vehicles beginning about five years ago. In that time, he said, the number of unsafe and aggressive maneuvers conducted by the PLA had increased by “orders of magnitude” which each year.

Ratner cited an incident in May in which a PLA fighter jet buzzed an Australian aircraft before cutting across its nose and launching chaff into the Australian plane’s engines. The Australian crew was unhurt, but forced to make an emergency landing and terminate its mission.

Similar incidents were recorded between China and Canada. In each case, the allied aircraft were above international waters and carrying out missions on behalf of the United Nations. Those missions most notably included an investigation into reports that China was illegally breaking sanctions by supplying oil to North Korea through ship-to-ship transfers at sea.

“I want to be clear that these are not isolated incidents,” Ratner said. “Over the last five years, the number of unsafe PLA intercepts including U.S. allies and partners … has increased dramatically.”

“This aggressive and irresponsible behavior represents one of the most significant threats to peace and stability in the region today.”

Ratner added that CCP aggression also extended to repeated violations of other nations’ sovereignty, including using the PLA to stalk and harass vehicles within those nations’ exclusive economic zones. Australia, Malaysia, the Philippines, and Vietnam had all dealt with such a situation, he said.

“If the PLA continues this kind of behavior, it is only a matter of time until there is a major incident or accident in the region,” Ratner said.