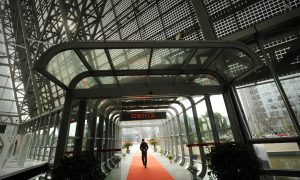 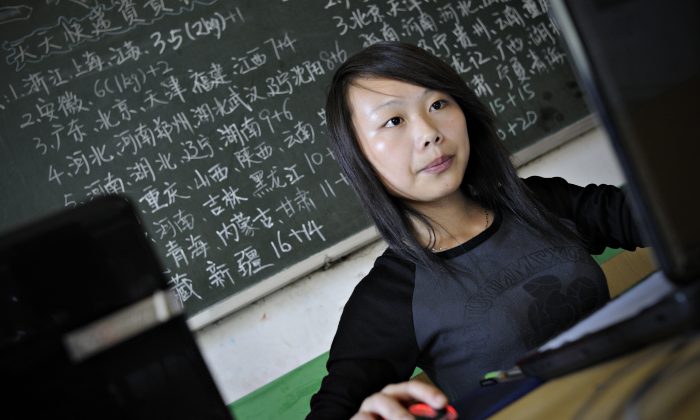 A student monitors customers' orders on the screen of a laptop as she and her classmates run an online Taobao shop at the Industrial and Commercial College in Yiwu, on Oct. 21, 2009. At Yiwu Industrial and Commercial College a quarter of the 8,800-strong student body operate online Taobao shops, sometimes with more than a dozen employees. Individuals who operate Taobao shops long term are suffering negative impacts on their health, including sudden death. (Philippe Lopez/AFP/Getty Images)
China

Just like eBay and Amazon in the United States, the online shopping industry has been growing rapidly in China. The most famous is the Chinese online retail website Taobao. Many shops and brands on the website have grown rapidly in popularity, but the stress level for online shopkeepers has increased as well.

In late May, a post entitled “The Top Ten Sudden-Death-Prone Industries” was widely shared on the Chinese Internet, in which “Taobao shopkeeper” was listed as the 10th high-risk industry job.

Kezi Quan posted a message noting Wu’s passing on its microblog: “Mr. Wu Lijun, due to long work hours, suffered from cerebral venous sinus thrombosis on July 8 and died on July 15 at the age of 36.”

Working overtime is commonplace for Taobao shop owners. According to one online shop owner, in order to meet the needs of customer service and marketing, and fill the growing number of orders, employees have to process orders and deliver goods until late at night, and also update the web page for promotions.

Because of the high customer demand, Taobao sellers consistently have a large workload causing them to work long hours, eat at irregular times, and often have no time to drink water or use the bathroom.

All over China, death due to over work has been on the rise. According to a 2012 statistical study entitled “Concern and Care for Health of the White Collar Worker” the number of “sudden deaths from overwork” each year is up to 600,000 people, which means more than 1,600 people per day on average died due to exhaustion. China has overtaken Japan on the number of sudden deaths from over work.

The China Health Education Center experts said that the main reasons for sudden death from overwork are long hours, working labor-intensively, and consistent psychological stress, combined with irregular diet and exercising little or not at all.

This irregular lifestyle eventually leads to blood clots forming. In addition, sitting for long periods of time causes thrombosis in the legs, while suddenly standing up triggers myocardial or cerebral infarction culminating in sudden death.

Translated by Joseph Wu, Written in English by Arleen Richards