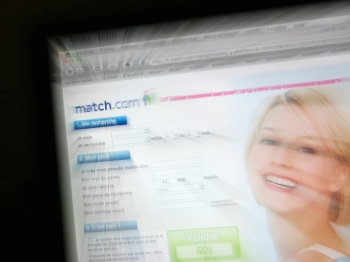 Online Dating Safety to be in Effect for Match.com

By Alex Johnston
Print
Matchmaking sites might start checking users against the national sexual offender registry before allowing them to contact other users. Match.com announced they would begin doing so amid reports of sexual assault.

Match.com will be the first to start screening for sex offenders using the U.S. sex offender registry after a woman said that she was assaulted when she went on a date she set up using the popular website, media reports said this week.

According to the AFP news agency, a Hollywood entertainment executive said she was assaulted when she went on a date with someone she met through Match.com. He had been convicted of sexual battery six times.

"This ordeal completely blindsided me because I had considered myself savvy about online dating safety," the woman said in a statement, according to AFP. "Match.com must begin to take some responsibility in protecting paying subscribers. I do not want this to happen to anyone else."

As a result, the company said they would start checking in the U.S. for people registered as sex offenders.

Several states are trying to pass laws to make it mandatory for online dating sites to make it known that sex offenders might be using the site, according to the Washington Times.

“I’ve heard a lot of stories, not only people who had their physical safety endangered, but also financial safety,” the Times quoted Connecticut state Rep. Mae Flexer, who proposed a bill in her state regarding the process. “I’ve heard from a number of people who, unfortunately, met someone online, they gave them too much information and were damaged financially as well.”

Texas already requires dating sites to make background checks on their customers before they begin talking to others, according to the newspaper. New York is considering a similar bill.