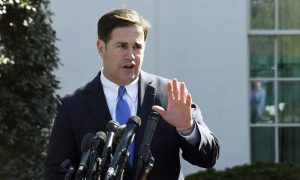 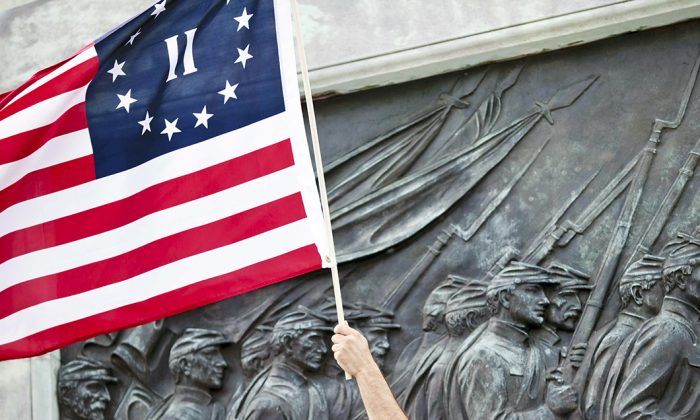 A pair of sneakers decorated with a controversial flag is fetching thousands of dollars on auction websites because the patriotic footwear was recalled.

“I read today that instead of celebrating the birth of our nation, a shoe company has deemed the flag, which flew during our Independence, too offensive … too offensive to put on a pair of shoes,” GOP Senate Majority Leader Mitch McConnell said https://t.co/DSNdd1FecM

Nike has canceled the release of an Independence Day-inspired sneaker featuring the 13-star flag associated with Betsy Ross after criticism that the shoe celebrated the slavery era https://t.co/9Ay3VHzW7n

The Betsy Ross flag with 13 stars was designed to represent the unity of 13 colonies back in the year 1876 when slavery was widespread in North America.

We must respect the flag and honor those who died defending it. @Nike is wrong. Thank you @dougducey for your leadership. https://t.co/AyUg3BeyQl

The sudden recall has caused the price of the shoes to skyrocket from its original regular retail price of $120 and resale price of $250 to well over $2,500. This is because the product recall made the shoes become a limited edition with very few pairs up for sale, according to TMZ Sports.

Nike thinks American flag is symbol of oppression? What planet are you on? Nike gladly allows Chinese Communist Party to tell it what products to sell while building its business around sweatshop labor. Nike is anti-American, pure & simple. https://t.co/AgHkCnVi33

At the time TMZ had doubts another StockX seller would fetch $6,974 for a pair of size 10s.

The Epoch Times can confirm a size 9 pair is being auctioned on eBay USA and bids have already reached at least $8,200.

“Nike Air Max 1 Fourth of July shoe with Betsy Ross Flag on the back,” the product description says. “Recalled from Nike and will never be resold again. Condition is new with [the] box. [It will be] shipped with USPS Priority Mail.”

The item is located in Buford, Georgia, and bidding will end on July 9.

The Nike Air Max was originally designed by Christian Tresser who was inspired by Japan’s high-speed bullet trains to make a trainer from leather, foam, and full-length visible air.

The shoes are popular for running due to the favorable shape of the sole and well padded heel, allowing the person wearing them to maintain good posture while moving.