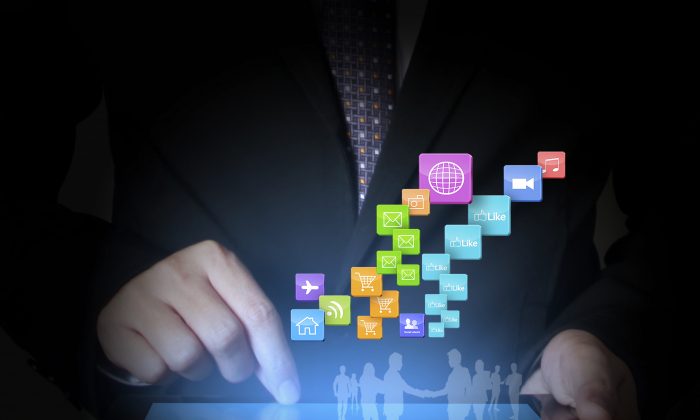 Online Ads Know Who You Are, but Can They Change You Too?

Do you ever get the sense that advertisements you see online know more about you than you might expect? Have you ever wondered why you’re being shown an ad for a product, only to realize later that you might actually be the kind of person who would want to buy it?

If so, it’s likely that the ads appearing on your screen have been behaviorally targeted.

Behavioral targeting uses information about nearly everything you do online – clicks, searches, social media, what you’ve bought and browsed – to select ads that marketers think will appeal to you based on your unique online behavior.

Our recent research shows, however, that these ads do more than reflect your past or future preferences. They can change how you see yourself in fundamental ways.

What Kind of Person Are You Really?

What makes this practice unique is that it does not involve advertising the exact things you have already shown an interest in, as is the case when ads for the shoes you bought two weeks ago follow you around online.

For example, if you spend your time online learning about environmental causes or donating to Greenpeace, you might see an ad for an eco-friendly clothing brand on your favorite gossip column. Someone else visiting the same website, but who has instead searched for luxury cars and symphony tickets, might receive an ad for an upscale restaurant. Different people receive different ads, even on the same site, because an algorithm has identified them as a certain type of consumer.

As a marketing practice, behavioral targeting is relatively new. In 1999, DoubleClick and Engage were among the first to promote the idea that personal identifiable information collected across a network of websites could be used for ad targeting.

However, uncertainty about who would own consumer data and technological limitations led publishers to question the value of behavioral targeting and delay adopting it. Without a big enough group of publishers willing to share data with one another about what consumers were doing, the practice stalled.

Behavioral targeting gained momentum over the following decade, thanks in part to advances in tracking and prediction. A patent filed by Yahoo! in 2006 exemplifies how the behavioral targeting process was standardized to produce user profile scores based on recency, frequency and intensity of clicks, which in turn determine ads.

The predictive power of consumer data within marketing was brought into the public spotlight by, fittingly, Target. In 2012, the retailer predicted that a customer was pregnant well before the young woman told her father.

Target did so by creating a model that tracked purchase choices and predicted pregnancy status based on specific items (e.g., multivitamins, lotion and cotton balls). While the tracking and advertising described in the article occurred offline, the story highlighted marketers’ ability to collect and use individual-level behavior to deliver marketing messages.

How can you tell that an ad has been behaviorally targeted?

Take a close look at some of the ads you see on your favorite websites, like Yahoo or Gawker (unless you have an ad blocker running). When you look at the upper right hand corner of the ad, do you see a little blue triangle? Maybe a tiny “AdChoices” script? If so, BINGO!

The AdChoices icon is a symbol affixed to an ad denoting that it was selected for you based on your past online behavior. Although there is no legal mandate to disclose when an ad is behaviorally targeted, the Digital Advertising Alliance – an industry group that enforces privacy practices – responded to Federal Trade Commission-issued guidelines by promoting use of the icon among advertisers and by trying to educate the public. Both initiatives are aimed at addressing privacy concerns among consumers.

While marketers may like behavioral targeting because it results in higher click-through rates and increased conversion to sales compared with ads that aren’t behaviorally targeted, consumer sentiment is less universally positive.

Older consumers tend to be concerned about protecting their privacy and are more likely to view this type of advertising as intrusive. In contrast, younger consumers, including most of the college students that we teach, think it’s great – if they have to see ads, they prefer those that are personally relevant.

If people don’t universally love these ads, why are they so common and effective? We hypothesized that when someone receives an ad they realize is behaviorally targeted, they may recognize that the ad carries information about themselves. If so, we wondered, would they then change their self-perceptions to match that information, consistent with what psychologists call labeling theory?

Social psychologists have long known that giving people a label can change their behavior.

For example, a classic study found that being called “charitable” after donating makes someone more likely to make a second donation than someone who isn’t called charitable after donating. We act consistently with who we believe we are, and labels from others can shape our identity.

In a series of studies recently published in the Journal of Consumer Research, we found that receiving a behaviorally targeted ad can shift a person’s self-perceptions to match personality traits associated with the product in the ad.

Receiving a behaviorally targeted ad can not only change how people see themselves, but also cause them to modify their behavior to be consistent with revised self-perceptions. Most directly, the ad implies that a recipient is someone who would like the product, and believing an ad to be behaviorally targeted increases interest in buying the product. However, this belief also affects additional behaviors.

Our findings have good news for readers worried that behaviorally targeted ads might make them believe all sorts of things about themselves. The results of our studies reveal that targeting has to be accurate to significantly affect self-perceptions.

If you have never engaged in any behavior online that would suggest that you are interested in upscale dining (maybe you Google “how to microwave dinner” and “fast food restaurants”), an ad for an upscale restaurant isn’t going to make you suddenly feel like someone with extremely sophisticated dining preferences. While you may recognize that the ad is targeting such a person, you are likely to reject it as an irrelevant label because it’s not tied in any way to your behavior.

Because the accuracy of targeting matters, marketing managers hoping to profit from the use of behavioral targeting have a vested interest in making sure their algorithms are good at identifying what kind of person a consumer truly is based on their click-stream data.

For consumers, it means that your particular search patterns and whether you share a computer may determine how much behaviorally targeted ads shape your behavior. If you spend a lot of time seeking information for other people (e.g., buying work supplies, finding information about a partner’s hobby, searching for gifts), your search history may produce less accurate ads. Targeted ads on mobile devices may be more accurate and likely to shape how you see yourself because mobile devices are commonly single-user.

How Online Advertising Can Work in a World of Ad Blockers

For those concerned about receiving ads based on their tracked behavior, the best solution may be to opt out entirely. As part of the campaign around increasing awareness of the AdChoices icon, the Digital Advertising Alliance has made it easy for people to opt out. A few quick clicks can get you most of the way back to the age of anonymous (and often irrelevant) online ads.

The Power of Advertising

The bottom line is that behavioral targeting is not only pervasive and effective at increasing click-through rates and purchases but may also be powerful in previously unexpected ways.

The AdChoices logo, instituted in part to help consumers feel more comfortable with behavioral targeting, may be a large driver of these effects, as it’s only when consumers know that an ad has been behaviorally targeted that it has the power to change how they see themselves.