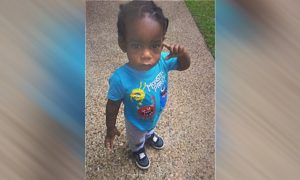 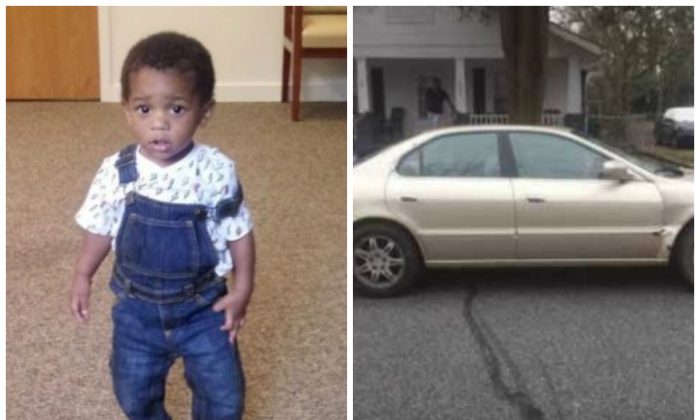 One-Year-Old Boy Found Safe One Day After Being Kidnapped

A one-year-old North Carolina boy who was kidnapped on Aug. 11 was found safe on Monday, police said.

An Amber Alert was issued for Legend Masir Goodwine after he was abducted on Sunday. A vehicle, which was left running Sunday night while Legend’s mother went inside a store, was stolen with the boy inside.

The suspect was identified as a white male with a gray and white cap, wearing a light blue short sleeve shirt, blue jeans, and dark-colored shoes. He was captured in surveillance footage. Police circulated still images from the footage.

The vehicle, which was described as a Gold 2000 Acura with a North Carolina license plate number FES4626, was found along with the boy on Monday, the High Point Police Department said.

BOL – Missing Child / Stolen Car. High Point Police are currently searching for a Gold Acura TL (FES-4626) that was stolen from the PVA of 1100 S Main St with a 1 year old child inside. If you see the vehicle please call 911 immediately. #HPPD pic.twitter.com/WV4zVzhwud

This is the suspect that @HighPointPolice are currently looking for. #HPPD pic.twitter.com/Z3IqyVMPHa

The department stated on Monday morning: “Vehicle and child have been located in Davidson County by the sheriff’s office. High Point Investigators are en route to location. Child is in law enforcement custody reported to be safe.”

The suspect’s whereabouts were not disclosed.

New Information: Vehicle and child have been located in Davidson County by the Sherriffs Office. High Point Investigators are enroute to location. Child is in law enforcement custody reported to be safe. #HPPD

Missing children typically fall into five categories: kidnapped by a family member, abducted by a nonfamily perpetrator, runaways, those who got lost, stranded, or injured, or those who went missing due to benign reasons, such as misunderstandings, according to the report.

Department of Justice researchers said in a separate report (pdf) published in 2016 that there were an estimated 105 children nationwide that were victims of stereotypical kidnappings, a number that was virtually the same as 1997.

“Most kidnappings involved the use of force or threats, and about three in five victims were sexually assaulted, abused, or exploited, the researchers said. Stereotypical kidnappings are defined as abductions in which a slight acquaintance or stranger moves a child at least 20 feet or holds the child at least 1 hour. Most victims were girls aged 12 to 17 and most perpetrators were men aged 18 to 35.