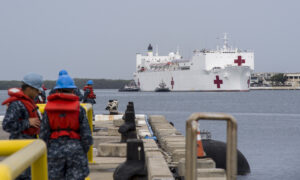 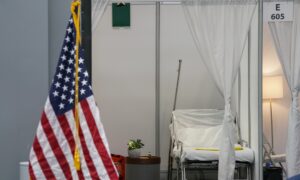 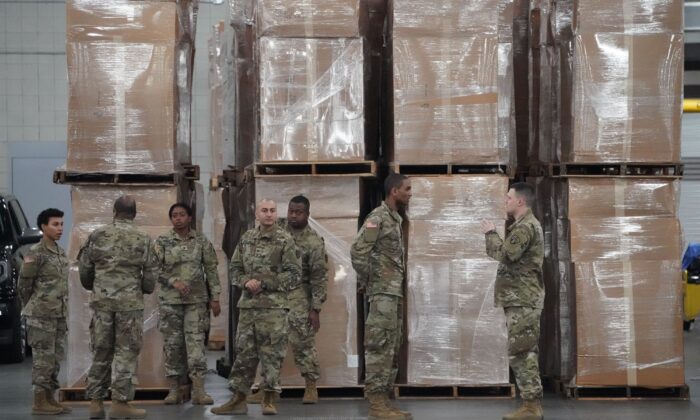 The window of opportunity is rapidly shrinking for mayors and governors to green light field hospital construction, said the head of the army’s engineering corps.

A final total of between 40 and 50 hospitals will probably be built by the army Lt. Gen. Todd T. Semonite, commander of the Army Corps of Engineers, told reporters on April 8.

The Corps is compressing time frames and aggressively pushing contractors, he said, to get hospitals up in hotspots before the virus peak hits.

“We’re beginning to run out of time,” said Semonite. “What we used to have is a month to build this, and maybe a week or two for a mayor to make a decision.”

But now, with the virus progressing rapidly, that has changed, he said.

“I think we will be done starting new builds, probably, in a week. Now that depends on what the curve is… This virus gets a vote. This virus is deciding where it is going faster than normal.”

The Army Corps of Engineers is running point on the conversion of stadiums, convention centers, and dormitories into field hospitals to help tackle the crisis caused by the CCP virus.

The conversion of the Javits Center in Manhattan into a 2,100-bed facility is almost complete, and in Chicago the conversion of America’s largest convention center, McCormick Place, is 70 percent of the way toward its 3,000-bed capacity.

As of April 8, 17 facilities are currently under construction directly under the responsibility of the Corps of Engineers, with a total bed capacity of 14,759.

A further 23 facilities totaling 8,571 beds are pending construction. “We’ve only got a couple of days left to be able to turn [those] on and still get it done in time,” said Semonite.

Beyond that, another 22 facilities with 15,997 beds have been identified but not yet given the green light for construction.

States are also directly building 17 facilities with 5,869 beds that are designed by the Army engineers.

Semonite estimates that in the end, the Army will directly oversee between 40 and 50 facilities.

He said that they are “very aggressive” in taking lessons from the hospitals built so far as they try to adapt to handle the demands of a highly infectious disease.

“We are evolving every single day,” said Semonite.

The engineers use models to predict the spread of the virus and when different areas will be hit by peak bed demand, working with local authorities. They have to constantly adapt on a daily basis, with the occasional facility being canceled as the virus fails to grow as predicted.

“Every city is different, some are spikes, some are flat, some are moving to the right,” said Semonite.

The Army Corps checks in with the local state authorities that have their own plans.

“Sometimes we are favorably impressed, where there actually is a great plan,” said Semonite, “but I still lay awake at night worrying about a couple of places.”

Semonite said that they are having to resolve all kinds of problems on the fly. For example, he said, when a piece of equipment was missing from a site, they suddenly had to figure out how to get a plane to fly in the part.

“We don’t have time to deal with red tape and bureaucracy,” he said. “We have to be focused like a laser beam to be able to support the mayors and the governors.”