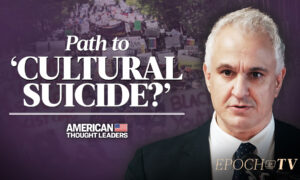 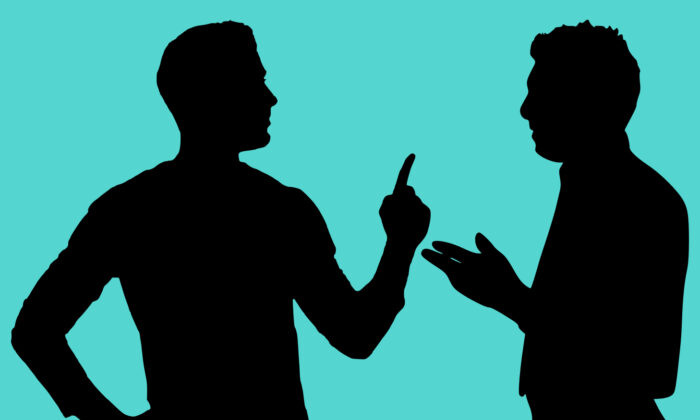 One Side Fights, the Other Doesn’t

In the late ’90s and early 2000s, after the Campus Wars of the late ’80s and early ’90s had subsided, it became clear to conservative veterans of those prior disputes that however much political correctness in higher education had been exposed and denounced, and no matter how securely conservatives were able to draw the majority of ordinary Americans to their side, the faculty and administrators hadn’t slowed their progressive strivings one bit.

Hilton Kramer and Roger Kimball’s annual coverage of the convention of the Modern Language Association (to take one sparkling example) turned that mammoth gathering of our most brilliant, cutting-edge researchers and teachers into a parade of comic actors who appeared unaware of their comedy, and the reading public—many liberals included—laughed and agreed. But the professors took themselves too seriously to examine their motives, and when they returned to campus, there were no Kramers or Kimballs to remind them of their mortality, much less their corrigibility.

They had the jobs, they had tenure, why worry? Onward!

And so it went, gathering force through the ’90s. When those old tweedy types who loved Pope and Byron for their witty versification retired, the remaining profs replaced them with fresh Ph.D.s fired up by Sexuality Studies. They “diversified” the curriculum, too, dropping Pound and Gibbon down the ladder of assignments and raising Aphra Behn and Alice Walker. Objectivity and empirical methods weren’t honored and rehearsed—no, they were “interrogated.” Across the humanities, schools of education and law, and the softer social sciences, “theory” took precedence, and theory amounted to left-wing critique of settled norms and values, longstanding histories and aesthetics, and the academy itself.

Something had to be done. Conservative donors were starting to realize what universities were doing with their money, and those lingering conservative professors were finding themselves increasingly estranged from their own colleagues.

Here’s what they came up with: a center on campus that would impart traditional knowledge, ideas, books, methods, and artworks to students eager to hear them. That was the answer to leftist takeover, to establish islands of conservatism in seas of progressivism. Those centers would have some measure of independence; they would report directly to higher-ups in the administration; they would be safeguarded from institutional capture; they would have outside funding.

They wouldn’t have the status of departments, and they couldn’t award degrees, but they would have their own spaces, offer benefits such as small grants to students and congenial professors, could host events and bring in guest speakers, and if they could collaborate with some departments that saw an advantage in doing so, that could happen, too. (The program I started at Emory University in 2006, for instance, sponsored freshman courses in six different departments; the courses were funded by the program, but not until syllabi and instructors were approved by us.)

The idea of these campus centers was that while the departments would continue to expel traditional materials from their courses—or to apply tendentious critiques to those materials—the center would preserve and purvey them through its programming. Given the fact that the 1990s undergraduate was a lot less leftist than the 1990s professor, those centers would prove a popular destination for the kids, which would thereby ensure the centers’ survival in otherwise hostile territory. Show them as freshmen the greatness of Beethoven and the brilliance of Madison, and they would come back as sophomores. While the other profs were harping on American guilt and identity politics (what a bore all that was after the first wave of disruption had passed), the centers would inspire and edify with the words of Lincoln and dramas of Shakespeare.

And it happened—it really did. Centers sprung up in Princeton, Brown, Texas, UCLA, Colorado, Texas Tech, Clemson, and elsewhere. Other centers sprung up on a different model, one that puts them off-campus at Berkeley, Yale, and Columbia, among other places. Over the years, they have improved the experiences of tens of thousands of students, offered sanctuary to harried conservative 20-year-olds, and sustained traditions that should never have been endangered in the first place. The donors who helped set them up and keep them going were gratified to see the number of kids learning to appreciate Western civilization, the Founding, and the legacies of liberty.

It’s been good to know that amid the postcolonialists, gender theorists, feminists, Foucauldians, Lacanians, queer theorists, and experts in intersectionality were a few people and places in higher education offering instruction the old-fashioned way.

But this was never a contest between two opposing approaches, never a real competition or debate. The conservative centers, of course, were ridiculously outnumbered and overshadowed by the rest of the campus. If that weren’t the case, the conservative centers wouldn’t have been necessary. The campus left were making idols and sacred cows out of identities that could be cast as the marginalized, the victimized, the disadvantaged, but this particular minority—the traditionalist teachers—would get no sympathy from them at all.

And it wasn’t only the numbers that prevented any real engagement of left and right. There was another kind of inequity, too, in the way each side approached the other. The conservative centers stood for themselves, forthrightly representing the content of Western civilization. The left professorate, however, opposed Western civilization, the very thing that the centers promoted. The conservatives who ran the centers affirmed the tradition; leftist professors despised it (those liberal professors who still felt more or less committed to Western traditions kept quiet, knowing that if they did rise to defend any of the Dead White Males, their leftist colleagues would denounce them as swiftly as they did conservatives). Theirs was a fighting stance. Western civilization was the enemy, and so were the individuals who imparted it to the young.

That extension of anti-Western spite to current personnel, not just old stuff, was a crucial step. The centers couldn’t afford to take that adversarial posture. They didn’t hold conferences decrying Marx and Castro and the Black Panthers; much less did they go after their colleagues on the left. Their status was too tentative; they didn’t want to pick fights; they just wanted to exist, to do their work in a small corner of the quad. But no matter how modest their profile, no matter how conciliatory their manner, the centers and the people running them were (and still are) a constant offense to much of the rest of the faculty. While the few conservatives had a positive relationship to their materials, the leftists had a negative relationship to them.

You see the imbalance, which has held steady for decades. One side wants to do battle, the other side wants to be left alone. The conservative centers don’t assail other units in the university when they receive funding from left-wing institutions such as Ford Foundation, nor do they denounce leftist research and pedagogy.

This isn’t just a local problem here and there in higher education. The contrasting postures of right and left are written into the very nature of progressivism and conservatism. Conservatism is a more passive state. It takes a partly submissive attitude toward the past, holding tradition to its root meaning (tradere, “handing down”). It saves its energy for the maintenance of the best that has been thought and said, knowing that innovation is a chancy activity.

Progressivism, on the other hand, is a destructive thing. The word sounds ameliorative (progress is good), but progressives know all too well that the progress they envision, the social change they demand, requires the dissolution of old habits and takedown of idols and a break in the chain of tradition. The old must be discredited and removed before the new can take its place. And—this is important—the figures who sustain the tradition are just as obstructive as the tradition itself.

Progressivism is inevitably a conflictual outlook; there’s always so much more to do! And there are always people standing in the way.

It isn’t easy for conservatives to recognize that they’re in the battle whether they like it or not. Ideological warfare isn’t their game. They’re not good at it; they don’t like it. They’d rather explain the First Amendment than bash the people who are out to undermine it. But the war is on. What has happened in academia in the past 50 years should be understood as what may happen to the United States in the next 50 years. Leftist professors called their conservative colleagues the enemy, even as the ranks of conservatives were thinning, while conservatives fought back by professing the value of conservatism—that is, by not fighting at all. Is that going to be the pattern for the rest of American society?

By now, all conservative academics and intellectuals should realize that the best materials of the past won’t save them. A rousing insistence on intellectual diversity and a marketplace of ideas will fall flat if not accompanied by a campaign to overcome the ones who conspire to shut it down. It’s not enough to argue your own case, not anymore.

Conservatives must look across the table and see their adversaries as the real issue, not ideas and values and traditions alone. The question isn’t which ideology is correct and just. It’s about who’s going to rule.