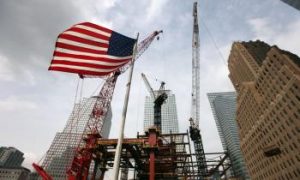 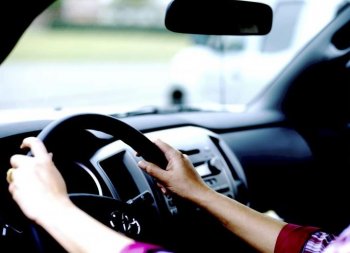 A new Canadian Automobile Association survey shows that 24 percent of Canadians got behind the wheel in 2010 believing they were above or near the legal limit for impaired driving. (Photos.com)
US

One Quarter of Canadians Drive While Intoxicated, Poll Finds

By Trevor Maimann
Print
Nearly one in four Canadians admit to driving under the influence of alcohol in 2010, possibly while even legally drunk, according to a recent Canadian Automobile Association survey.

The survey of 2,000 Canadians found that 24 percent got behind the wheel in the past year believing they were above or near the legal limit for impaired driving.

Despite this, 98 percent were of the opinion that drinking and driving is unacceptable, indicating an apparent disconnect between belief and actual practice.

Twenty-two percent of respondents said they drove once or rarely while impaired during the past year, and approximately 2 percent admitted to driving while over the legal limit fairly often.

Residents of Quebec, those under the age of 35, and men were most likely to say they had driven when they thought their blood alcohol level was near or above the legal limit.

“It doesn’t surprise me that Quebec’s the highest in the country—that’s been pretty consistent, and it’s one of the reasons we’re calling for random breath-testing,” says Mothers Against Drunk Driving chief executive officer Andrew Murie.

“Not so much because of this particular poll, but because of the high number of Canadians who still drink and drive on a routine basis, because the likelihood of getting caught and actually tested in Canada is fairly small.”

MADD has long entreated the federal government to introduce random breath-testing across the country, believing it to be the best deterrent to drinking and driving. Currently, police are required to have reasonable suspicion before asking somebody to take a roadside breath test.

“Every country that’s introduced random breath-testing has had a significant decrease in the number of deaths and injuries caused by alcohol,” says Murie.

“Ireland was the last country to do it, in 2006 . . . and they experienced a 19 percent drop in deaths and injuries. When you talk about totality in numbers, it’s somewhere between 400 and 600 Canadians’ lives could be saved and thousands of injuries prevented.”

In addition to the findings on impaired driving, 28 percent of Canadians surveyed said that they had one or two drinks before taking to the road. The current legal limit for blood alcohol levels is .08 percent—about two glasses of wine for most people.

Jeff Walker, CAA vice president and chief strategy officer, says “Canadians need to listen to their conscience and not drink and drive.”

“People know they shouldn’t drink and drive, but an alarming number of us still do.”