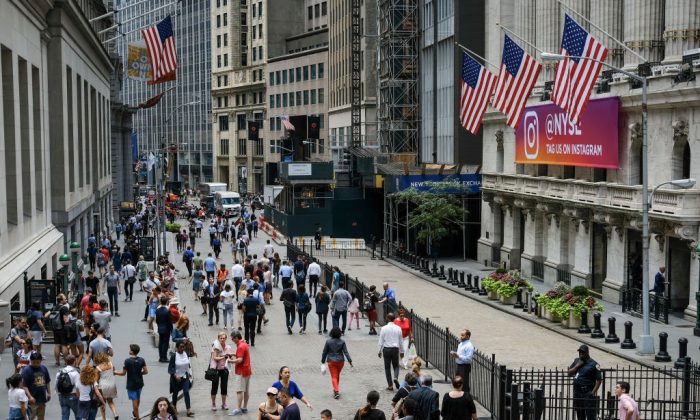 It’s an age-old investing question. Can you do good and do well at the same time?

Ethan Powell is on a mission to prove that you can.

The 43-year-old former hedge funder is using his non-profit finance firm, Impact Shares Corp., to create a new way of doing socially responsible investing. From his office in Frisco, Texas, he’s setting up funds that eschew popular one-size-fits-all ESG models—which stands for environmental, social and governance—for ones that not only are built hand-in-hand with specific charities but also fork over the bulk of their fees to those organizations.

Values investing is hot, as the number of ESG funds has more than tripled over the last four years. Still, total assets are slightly less than $7 billion, a blip in the $3.7 trillion U.S. ETF market.

“The way they’re interpreting social responsibility is very suspect,” he said. “And even if it’s not suspect, it’s very difficult to understand.”

In particular, the catch-all nature of ESG strategies can leave some portfolios with strange positions. For example, the second-largest holding in BlackRock Inc.’s iShares MSCI KLD 400 Social ETF, known by its ticker DSI, is Facebook Inc., which is in a battle over the types of content posted on its website, from child abuse videos to hate speech.

But the real question facing Powell and his competitors is whether investors actually care about doing good. More than half of those recently polled for a Charles Schwab Corp. study said performance was among the most important factors when considering a socially responsible investment. To woo buyers, fund companies have transformed ESG into a broad, money-making, church that allows investors to feel good without sacrificing returns.

In other words, these positions are hedges against bad behavior. The approach more closely mirrors benchmark indexes and helps with returns. But it risks rendering the term ESG meaningless.

Impact Shares and a handful of others want to keep the focus on social responsibility while remaining commercially viable. Issuers are starting targeted funds that fit the zeitgeist; think gay rights in the workplace, help for veterans, women on corporate boards and so on. UBS Group AG is donating 5 percent of the fee from its InsightShares ETFs, with a minimum floor donation if the funds are slow to catch on. Grants will be made through the bank’s foundation and the first beneficiaries will be announced at the end of the year.

“It’s about engagement and providing a new set of tools to non-profits for their advocacy,” said Powell, who received startup capital from the Rockefeller Foundation’s $4.1 billion endowment.

Of course, none of this comes cheap. Powell’s funds cost about $7.50 a year for every $1,000 invested, roughly $5 of which flows back to the partner charity once the costs of maintaining the fund are accounted for by Impact Shares. That’s $5 more than BlackRock charges for a broad ESG fund. However, the NAACP ETF is outperforming over its first six weeks, up 4.4 percent compared with BlackRock’s $780 million iShares MSCI USA ESG Select ETF, which has returned 2.9 percent since July 19. The funds have two top 10 holdings in common: Alphabet Inc. and Microsoft Corp.

Beyond collecting fees, Powell also believes stock ownership empowers charities by giving them a voice in the room when companies mess up. But some long-time managers say the difficulty of indexing good behavior shows how hard it is for passive strategies to thrive in such a specialized niche.

“Deep integration of ESG implies active management,” said Erika Karp, chief executive officer of Cornerstone Capital Group and a founding member of the Sustainability Accounting Standards Board, which works to standardize how companies report their efforts on sustainability. “When we think about the index, it’s as good as the analyst that put it together.”

Powell’s funds won’t change things overnight. They’ll only start generating capital for the NAACP and YWCA when they manage enough assets to cover costs —about $20-30 million each. The minorities and women’s funds currently have a little more than $2 million each. Still, from the get-go, these charities will gain a new way to lobby the companies in their name-sake ETFs. Powell plans to have fund co-managers whose “sole purpose is that engagement” on behalf of the charities, he said.

Other asset managers have made some efforts to hold companies accountable. Vanguard is ramping up engagement on gun violence, opiates, and climate change, while BlackRock wants businesses to tell them how they positively contribute to society. But many take firm-wide positions, rather than reflecting different funds’ strategies, during shareholder votes.

For Powell, that isn’t good enough. The son of academics, he was the black sheep of the family when he chose to pursue finance. But after giving up a career at the Dallas hedge fund Highland Capital Management, he’s now using his Wall Street chops to make products that work for people like his parents. Impact Shares is developing other ETFs with the United Nations, the American Heart Association and Facing Addiction in America.

“We as investment professionals really need to take the narrative back a little bit and say, ‘Look, we’re not all wolves on Wall Street,”’ Powell said. “It’s all about execution and being truthful in the intent.”