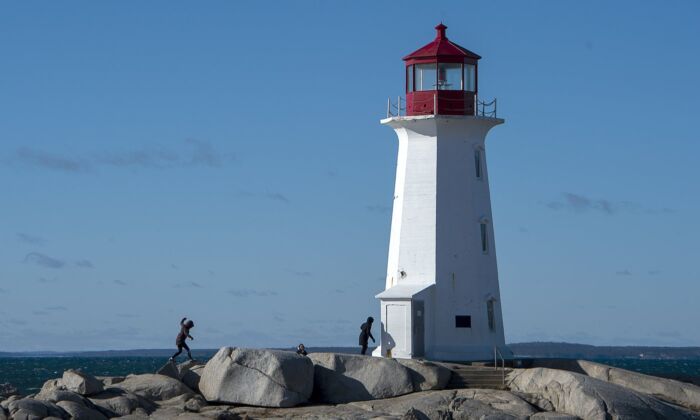 Visitors walk on the rocks in Peggys Cove, N.S. on Jan. 19, 2021. (The Canadian Press/Andrew Vaughan)
Canada

Nova Scotia RCMP say one man who was pulled from the waters around Peggy’s Cove has died and another taken out of the ocean has suffered life-threatening injuries.

RCMP say the two men slipped off the rocks in the area southwest of Halifax at about 8:30 p.m. Monday.

Const. Guillaume Tremblay says the investigation is being assisted by the Nova Scotia Medical Examiner’s Office.

Tremblay says RCMP officers, along with Halifax Regional Fire and Rescue, the Joint Rescue Coordination Centre and Coast Guard were called to the scene to assist.

Boats and aircraft were also involved in the rescue mission.

The red-and-white lighthouse at Peggy’s Cove and nearby fishing village attracted more than 700,000 visitors in 2018, but rogue waves have been known to sweep onlookers into the cold, turbulent water.