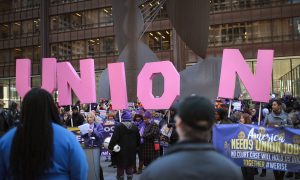 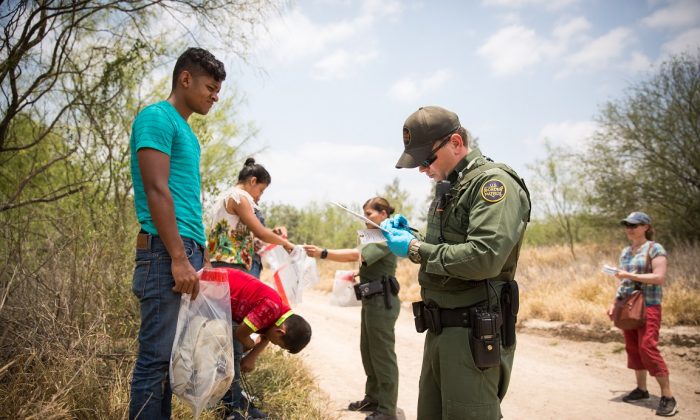 A fourth of all new immigrants entering the United States illegally through Mexico are being returned to that country to await their deportation hearings as Department of Homeland Security (DHS) officials ramp up the new process begun earlier this year.

Data obtained under the federal Freedom of Information Act by the Transactional Records Access Clearinghouse (TRAC) at Syracuse University and made public Aug. 26 showed that in July, the latest month for which information was available, the individuals involved in 11,804 new cases were returned to Mexico to await their deportation court hearing dates.

Overall, there were a total of 53,007 new cases in July, meaning 22 percent of them, or roughly one-fourth, were processed through the Migrant Protection Protocols (MPP) program.

Only 15 MPP cases were processed that month, followed by 164 in February, 339 in March, and 2,629 in April. The MPP program marked a radical change in procedure by the DHS, as previously the individuals involved in such cases could be detained no more than 20 days in U.S. facilities.

They were then released and allowed to remain wherever they chose in this country, based solely on their promise to return for their court dates. Most don’t return, according to DHS officials.

As has been the steady pattern in recent years, the majority (32,204, or 61 percent) of illegal immigrant cases in July originated in Honduras, Guatemala, and El Salvador, according to the TRAC data.

Mexico was the point of origin for 6,029 of the new cases entering the United States through the Southern border, followed by Cuba with 4,089 cases.

The total for MPP cases represents only 2.7 percent of the year-to-date total of more than 925,278 for all illegal immigrant cases now in the federal system.

Mark Krikorian, executive director of the Center for Immigration Studies (CIS), told The Epoch Times on Aug. 27 that “the [MPP] program is expanding as Mexico allows more third-country nationals to be sent back there to await their hearings.”

Krikorian called the MPP program “a win for us,” and he said “the fact that more people are being sent back across the border to await their hearings is going to reduce the appeal [to potential immigrants] of these bogus asylum claims.”

The CIS executive was referring to the fact that asylum claims by people entering the United States illegally have skyrocketed in recent years due to the inability of the federal immigration system to process such cases rapidly and then deport those rejected.

Millions of such individuals have entered the country, made asylum claims, then disappeared into the interior of the United States. Comparatively few such individuals are ever identified, located, detained and then deported.

Krikorian said Mexico has refused to enter into a “Safe Third-Country” (STC) agreement that would allow immigrants to claim asylum there if it was the first country they reached after leaving home.

But the MPP program is a positive development for the United States in coping with the immigration crisis on the Southern border because “it is kind of a half-a-loaf … this is kind of a decaffeinated version” of an STC agreement, Krikorian said.

“If you’re turned down for asylum [in the U.S.], as most of these people will be,” Krikorian said, “they’re back in Mexico already and we don’t have to find them and deport them, so it’s a reasonable compromise, given Mexico’s internal politics.”

Asked whether it poses a national security concern that 645 individuals from China were among the July immigration cases, Krikorian said, “Oh, absolutely it does … [under] the ‘special interest aliens’ issue is what they call it from the Middle East, but obviously from China potentially, too.”

Most such individuals are just ordinary workers, he said, but “there is no question that hostile governments like China or hostile organizations like al-Qaeda” could take advantage of the asylum system for nefarious purposes.