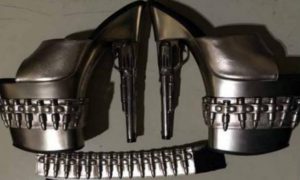 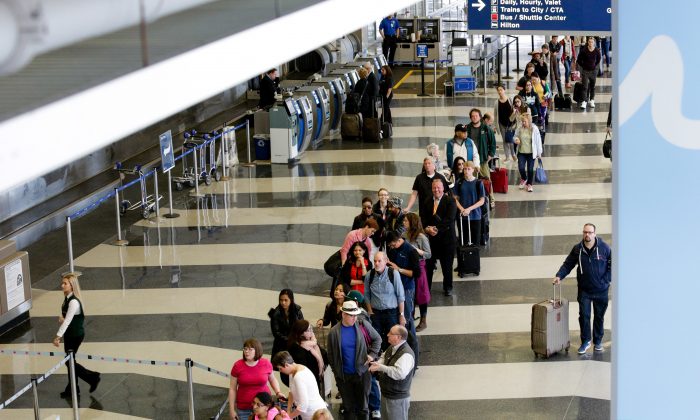 FILE - In this May 16, 2016 file photo, a long line of travelers waiting for the TSA security check point at O'Hare International airport in Chicago. The Transportation Security Administration (TSA) has ousted its head of security operations and put new leadership in charge of screening operations at a major international airport, but long checkpoint lines and travel headaches already pervading the busy summer travel season are likely to continue. (AP Photo/Teresa Crawford, File)
Aviation News

One in five, or 22 percent, of Americans who plan to travel this summer will travel by other means or cancel their trips altogether because of the exorbitant wait lines at airport security checkpoints.

Out of the 2,500 individuals queried, 60 percent said they would arrive at the airport earlier to cope with Transportation Security Administration (TSA) security jams.

Only 18 percent said they will not change their travel behavior at all.

These results come just a day after the American Automobile Association (AAA) released its travel forecast.

The report projected the 2016 Memorial Day travel volume to be the second highest on record—and the highest in 11 years, since 2005.

Notably, AAA predicts a slight increase in air travelers from 2015 during the unofficial start of summer. About 2.6 million individuals are projected to take advantages of lower airfare prices.

For the 3-month peak travel season, an estimated $4.3 billion will be lost, according to the study. The lost money could have supported 37,500 additional domestic jobs.

“The problems at TSA security lines are costing our economy almost a billion and a half dollars in spending and more than 12,000 jobs every month,” said Roger Dow, president and CEO of the U.S. Travel Association, a travel industry nonprofit.

Blame for the long security lines has been aimed in multiple directions.

“The long wait times we’re seeing now are a direct result of Congress’s failure to give TSA the money it needs to do its job,” said the president of the TSA’s employee union, Jeffrey David Cox, Sr.

Travel Association executive, Jonathan Grella, told Bloomberg that “the stare-down match or game of chicken,” that Congress and the TSA are engaging in, “maybe adorable to some, but the chickens will come home to roost once summer travel season begins.”

Ranked by Time.com and based on Department of Transportation data.