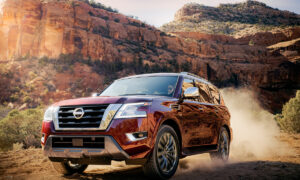 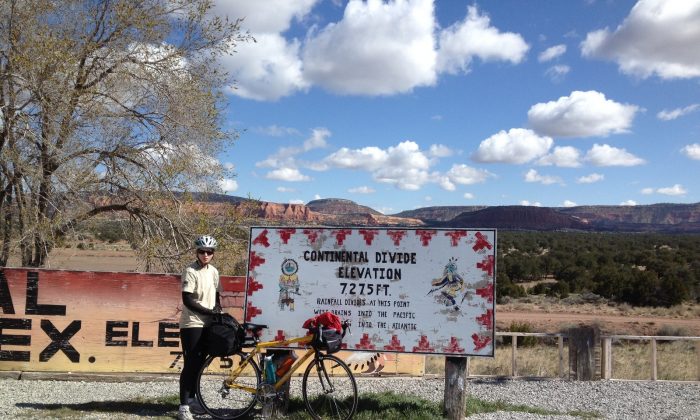 Raising $180,000 for 12 service dogs for veterans
By Denisse Moreno

An Ohio woman born without a left hand will pedal 12 times around Hawaiian island Oahu for a good cause—she is raising money to sponsor 12 service dogs for veterans.

Patricia Waiwood, 27, from Cleveland, was denied enlistment to the Marine Corps and all other branches because she was born without a hand, but that doesn’t stop her from helping.

She says that while she can’t serve in Iraq or Afghanistan “at least when they come home I can support them.”

Which is exactly what she is doing.

Waiwood will cycle 1,200 miles around the island in honor of the 12 Marines who were killed in a January helicopter crash off Oahu’s North Shore. Her mission is to raise $180,000 for K9 for Warriors, to sponsor 12 service canines for veterans with post-traumatic stress disorder (PTSD) and/or traumatic brain injuries.

Waiwood has raised money for veterans in the past. In 2014 she cycled across the country for the Wounded Warrior Project, and last year she made another trip from Ohio to Florida.

This year, Waiwood hopes to finish her training and raise the money by October.

“The unfortunate, staggering fact is, everyday 22 veterans returning from combat take their own lives,” said Rory Diamond, executive director, at K9s For Warriors in a statement.

“The K9s for Warriors training program not only provides our soldiers with a live-saving gift, but it’s also an opportunity for peer to peer support with other servicemen and women who suffer from similar issues,” added Diamond.

Waiwood said the war doesn’t end for veterans when they come home, and many end up with PTSD symptoms.

Waiwood knows a Vietnam veteran who had nightmares of what he saw at war for 25 years—almost the length of her lifetime noted Waiwood.

Those with PTSD tend to isolate themselves, dwell on bad memories, suffer from anxiety, and avoid going out in public.

To help with symptoms, some veterans may be on 10 to 15 medications, which can cause side effects.

But service dogs can help ease PTSD symptoms and help those with hypersensitivity.

“Its medication and best friend all in one with no side effects,” says Waiwood.

With the help of his service dog, Floyd has gone back to school and started his own business. pic.twitter.com/djeJg2Q2yw

Our newest recruit, Blaze has been paired with his Warrior. Welcome to the K9s For Warriors family! #K9Strong #ptsd pic.twitter.com/zModsJIIqM

Waiwood, a quantitative risk analyst at First Hawaiian Bank, gets up as early as 4 a.m. to train before going to work. She is excited about her cycling trip to help those who have served.

“Veterans gave everything, how can I not do the same?” she said.

“While there’s no way I can understand what you’re going through, I’m in this fight with you,” Waiwood tells veterans with PTSD.

Donations for Waiwood’s campaign can be made here.