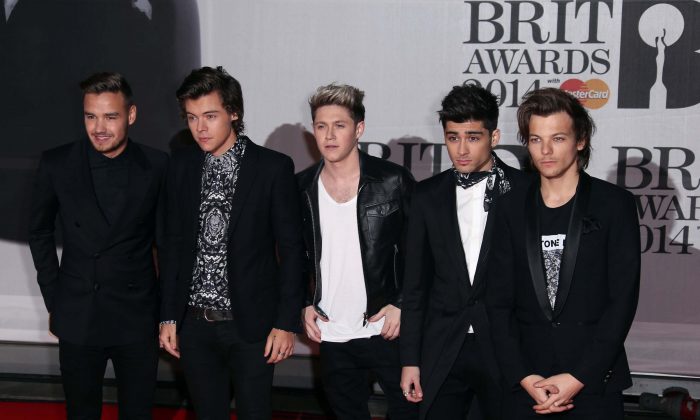 A number of Twitter users on Tuesday were saying that One Direction’s new album was leaked, but it’s just a hoax.

Said one, “Guys, the One Direction album leaked. DON’T GET ANY OF IT ON YOU.”

“The One Direction album got leaked — ‘Sorry it’s just a prank,'” wrote one user.

Said another, “WHO STARTED THE ONE DIRECTION ALBUM LEAKED TREND [expletive] YOU DONT GET MY HOPES UP LIKE THAT.”

In One Direction news, Liam Payne, Zayn Malik, and Niall Horan were spotted drinking. “SAW NIALL ZAYN AND LIAM TONIGHT,” one person wrote on Twitter with a purported photo of the three.

They were at a local spot in Detroit, where they’re performing. They were having several beers, according to Unreality.TV.