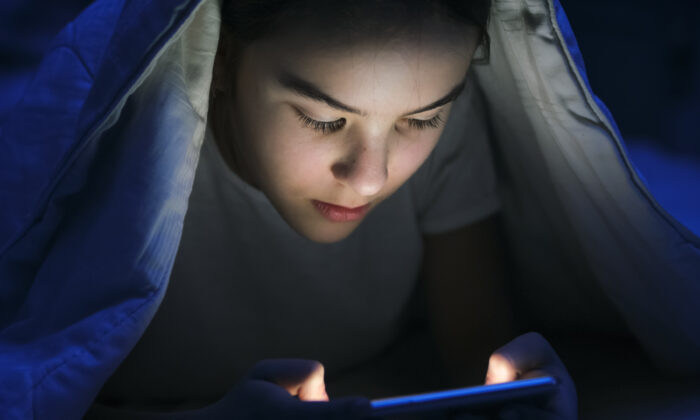 One Click Away: How Online Platforms Put Our Nation’s Youth at Risk for Human Trafficking

Experts warn that human trafficking increases during the summer months when children are under less supervision. However, as school resumes, parents, teachers, and students must remain vigilant. Tragically, with the advent of social media, smartphones, and online gaming, America’s youth remain at risk for human trafficking.

The most recent Federal Human Trafficking Report, which analyzes data on human trafficking cases in the U.S. Federal Courts System, concludes that since 2000, 55 percent of sex trafficking victims have been recruited online.

Traffickers often use the internet to approach and groom their targets, as well as gather information about their potential victims. According to Dr. Jarrod Sadulski, associate professor at the American Public University System, the trafficker will appear to be helpful and convincing but ultimately will try to lure the child to meet in person.

As Dr. Sadulski noted, “To lure their victims, sex traffickers create fake social media profiles so that they appear as children to their victims. They may also seek out children on the internet and try to befriend them, often saying they are interested in their victims or care about them.”

Predators will prey on the isolated, alienated, and vulnerable and entice their potential victims with empty promises and job opportunities. Mothers of teenage girls have come forward saying their daughters received strange messages on Instagram, such as “They’re doing a big summer hiring push, would you be down with this?”

In fact, out of all the 2021 criminal sex trafficking cases examined in the Federal Human Trafficking Report, the most common method of recruitment used by traffickers (31 percent) was the promise of a job.

Additionally, even though an element of coercion does not need to be proven in criminal sex trafficking cases involving minors, withholding pay was the most commonly identified means traffickers used to coerce minors into sex trafficking schemes.

Concerns have grown so significantly regarding the predatorial targeting of children on social media platforms, that when Facebook (Meta)—which owns Instagram—planned to launch an Instagram platform for kids under the age of 13, the proposal was met with a wave of opposition from lawmakers and law enforcement.

On May 10, 2021, 44 attorneys general representing states across the United States urged Facebook “to abandon these plans” because the company “has historically failed to protect the welfare of children on its platforms.”

In a letter addressed to Mark Zuckerberg, the attorneys general cited a report that “found an increase of 200 percent in recorded instances in the use of Instagram to target and abuse children over a six-month period in 2018,” and added that, “In 2020 alone, Facebook and Instagram reported 20 million child sexual abuse images.”

Parents can take important steps to protect their children such as monitoring their internet and social media usage, using the highest privacy settings on their online accounts, and by having honest discussions.

School administrators, teachers, and parents should also be on the lookout for signs of grooming, including withdrawal, changes in behavior or dress, or an unexplained influx of money.

In a digital world, it is critical to be prepared and aware so we can protect our children from falling victim to the scourge of human trafficking.