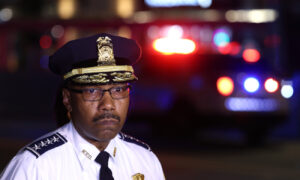 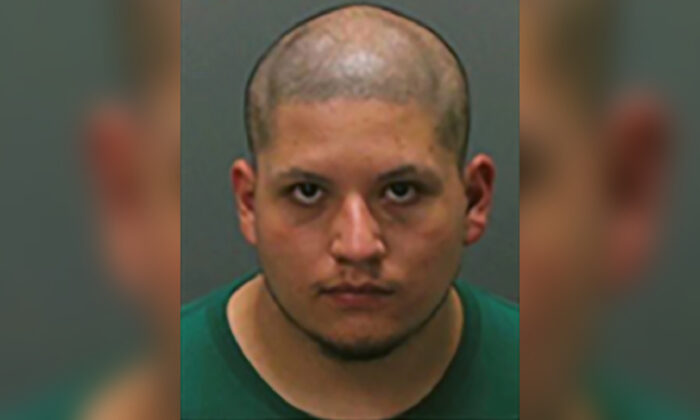 One Arrested in Shooting That Wounded TikTok Star, Killed Teen

CORONA, Calif.—Police have arrested a man in connection with a shooting that killed an 18-year-old woman and seriously wounded a 19-year-old social media influencer as they watched “The Forever Purge” at a Southern California movie theater.

Authorities say there is no known motive for the violence and that the shooting Monday appeared to be “an unprovoked attack.”

The teens were found by theater workers cleaning up after the 9:35 p.m. local time showing of the violent horror movie at The Crossings mall in Corona, southeast of Los Angeles.

Rylee Goodrich was fatally shot, and Anthony Barajas remained on life support Wednesday. Barajas, known online as itsanthonymichael, has nearly a million followers on TikTok and more on other platforms.

The suspect acted alone, and there’s no indication he knew the victims or that Barajas’ role as a TikTok influencer played a role in the crime, Corona police Cpl. Tobias Kouroubacalis told reporters Wednesday.

“It was completely unprovoked, and the victims were shot without any kind of prior contact,” he said.

The suspect, 20-year-old Joseph Jimenez, was booked in jail Tuesday night on suspicion of murder, attempted murder and robbery. He is being held on $2 million bail.

A firearm that matched the caliber of the weapon used in the shooting was found at his home. It was not immediately clear if he had an attorney who could speak on his behalf.

There was a small audience for that showing of the movie, with only six tickets purchased, Kouroubacalis said. Investigators are asking for anyone in that theater or adjacent theaters with possible information to come forward.