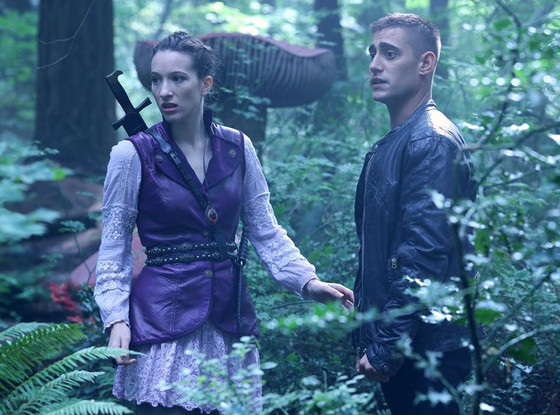 Michael Socha (The Knave of Hearts/Will Scarlet), right, in Once Upon a Time in Wonderland. (Jack Rowand/ABC)
Entertainment

Once Upon a Time Season 4 Spoilers: Show Creator Talks Introduction of Michael Socha

That would be The Knave of Hearts/Will Scarlet, played by Michael Socha.

Show co-creators Adam Horowitz and Edward Kitsis talked a little about the introduction in an interview with The Hollywood Reporter after the season 3 finale.

“We’re very excited about the possibilities for Michael and all the characters,” Horowitz said.

“He was a member of [Robin Hood’s] Merry Men,” added Kitsis. “We think he’ll fit in well in the show.”

Now, a fan requesting new information got a response from Horowitz via TVLine.

He doesn’t say much, although some may be able to read between the lines. Particularly interesting is how he’s going to fit into the group in a “fun” way. What does that mean?

Here’s what he said:

“It’s too early for us to tease, but we think Michael is a fabulous actor and we have a way for him to fit into our group that’s fun. He’ll bring a new vibe and color to the show.”

“OUAT” season 4 is projected to premiere in late September or early October.