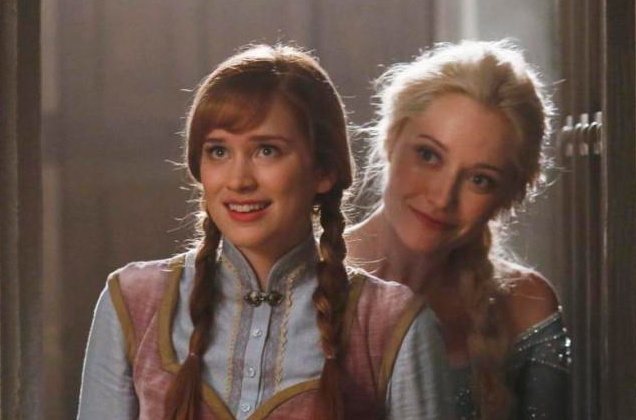 Once Upon a Time Season 4: Frozen Adaptation to Include Flashbacks

The Frozen universe that will be incorporated into Once Upon a Time season 4 will include additional detail to the movies.

Co-creators of Once, Edward Kitsis and Adam Horowitz, already confirmed that the Frozen seen in OUAT will take place after the events in the movie.

But now it looks like there will be some flashbacks to points in time before the events in the movie.

“There may be some things with the parents we didn’t know about pre-Arendelle,” Kitsis told TVGuide.

As for Elsa, her escape definitely comes after the movie.

“Hopefully you’ll find that there will be some cool surprising connections between Arendelle and our world.”

Meanwhile, it was recently revealed that some other flashbacks will likely be included in the season–Belle before she met Rumplestiltskin.

Once Upon a Time season 4 will premiere on Sunday, September 28. The season will be split in half–the first airing in 2014 and the second airing during 2015.