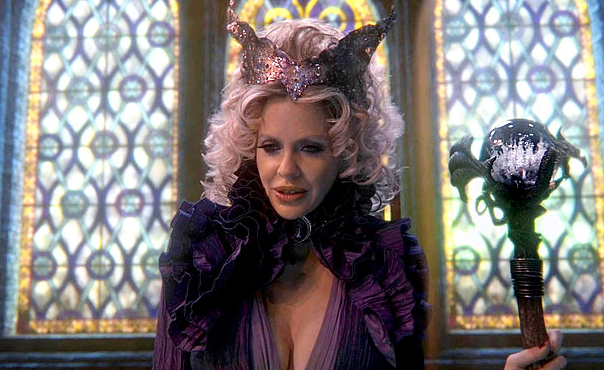 Once Upon a Time Season 4: Maleficent to Return as Producer Talks ‘Frozen’

Once Upon a Time season 4 will feature the return of Maleficent, who didn’t appear in season 3.

Kristin Bauer van Straten plays the character, who will reprise the role that she had in season 2 after first appearing in the season 1 finale.

Entertainment Weekly reported that Straten will appear in the second half of season 4, perhaps indicating that she’ll be season 4’s other big villain after the “Frozen” storyline takes place during the first half.

“It’s unclear as of now, but Bauer will be back as a recurring guest star for a big arc, so here’s hoping this means the show will dive more into her past, as well as Aurora’s history,” it said.

Meanwhile, ABC recently aired its “The Story of Frozen: Making an Animated Classic” special, and “Frozen”producer Peter Del Vecho spoke to TVGuide about the incorporation of the universe into the Once universe.

“We met with the directors and the writers, not to talk about what they were going to do, but to talk about the characters and who they were — things they do or don’t do,”Del Vecho explained.

“We just want them to remain who they are, so they all have developed personalities, and we don’t want them to create situations that we feel they wouldn’t get into. So it’s really about understanding who the characters are and staying true to that.”

Once Upon a Time season 4 is set to premiere on September 28.