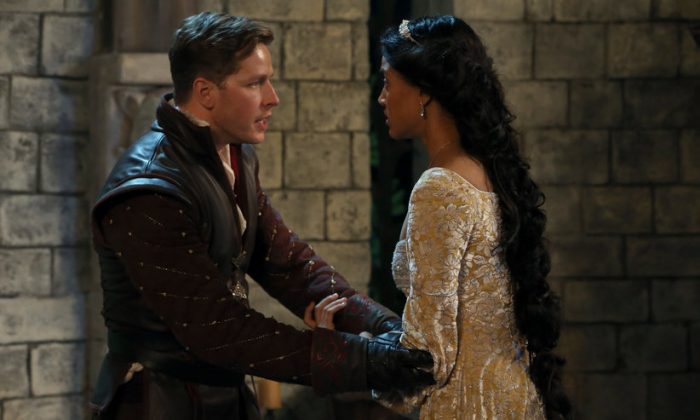 Prince Charming stumbles upon Rapunzel, who is trapped inside a tower, and must help her confront her fears in order for her to be free. (Jack Rowand/ABC)
Entertainment

Once Upon a Time Season 3 Spoilers: Rapunzel Debuts, Rumple Returns in Episode 14

Once Upon a Time season 3 returns with episode 13, “The Tower.”

Rapunzel makes her debut in the “Once Upon a Time” universe as Prince Charming find her trapped inside a tower in Fairy Tale Land during the previous year.

Meanwhile, Emma, David, Regina, and Hook continues searching for the Wicked Witch. The witch is planning a dark surprise for David.

There are rumors that as Zelena was revealed as the half-sister of Regina, that she is Cora’s daughter with Rumplestiltskin.

He will be back but under the imprisonment of Zelena, who is keeping her prisoner powerless while she plots her next move against the townspeople.

While Hook is helping the team, he appears to be keeping a secret, or at least Emma thinks so. “What aren’t you telling me?” She asks Hook in the promo trailer.