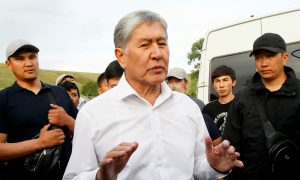 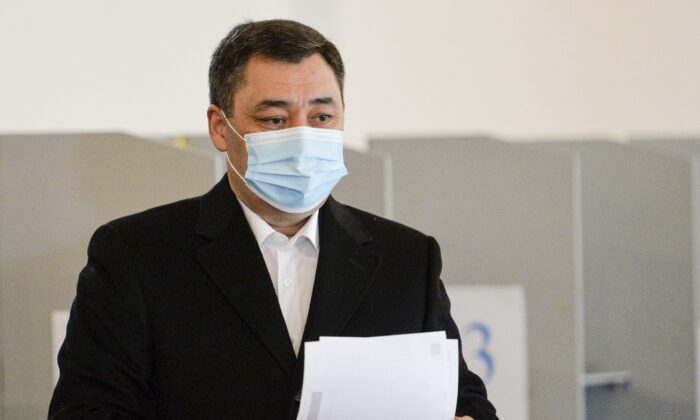 MOSCOW—A nationalist politician who was released from prison amid protests that overthrew Kyrgyzstan’s president last year has been elected as his replacement. Voters in Sunday’s election that gave Sadyr Zhaparov a landslide 79 percent victory also approved a referendum to change the constitution to give the presidency more power.

The vote followed the ouster of the previous president in October.

The ex-Soviet Central Asian nation sank into turmoil after a parliamentary election that was swept by pro-government parties. Opposition supporters accused authorities of rigging the vote and forced President Sooronbai Jeenbekov to step down on Oct. 15.

Zhaparov, who was imprisoned in 2017 on conviction of involvement in the kidnapping of a regional governor, spearheaded Jeenbekov’s removal from office.

The unrest marked the third time in 15 years when a leader of the 6.5-million nation on the border with China was forced out by a popular uprising. Like the previous uprisings that toppled presidents in 2005 and 2010, the latest turmoil was driven by clan rivalries that shape the country’s politics.

Zhaparove pushed for the constitutional referendum Sunday, under which the presidency will gain powers formerly held by the parliament.

Kyrgyzstan, which is a member of Russia-dominated economic and security alliances, hosts a Russian air base and depends on Moscow’s economic support. It formerly was the site of a U.S. air base that served as a key transport hub for the war in Afghanistan.

Russia has voiced concerns about the turmoil in Kyrgyzstan but refrained from supporting any of the presidential candidates.