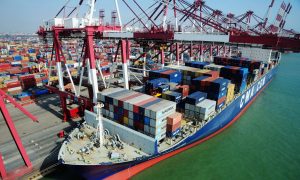 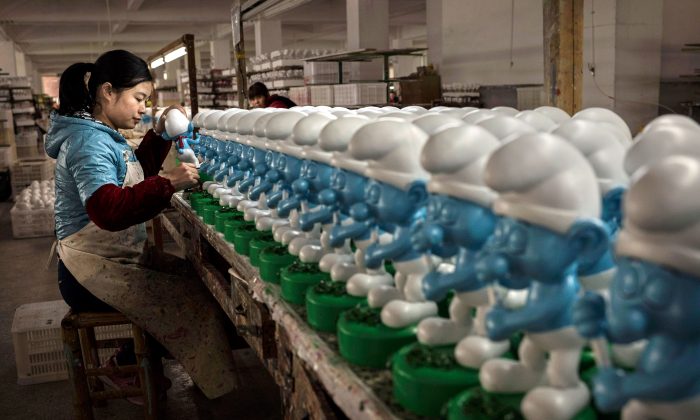 When looking at China, many people forget that official data is very unreliable, sometimes even made up, so any kind of analysis rests on very shaky foundations.

The good news is that the private sector is catching up and innovative researchers are conducting on-the-ground surveys with thousands of real people working for banks and other private companies.

The real good news, however, is that on-the-ground results largely back up official data releases, so researchers don’t have to start analyzing everything from scratch again. Some differences, however, highlight the nuances that make up the Chinese economy.

In its report for the first quarter of 2015, the leading research company, China Beige Book International (CBB), broadly confirmed that China is slowing down. The only difference to the official sector is that it was about one year ahead of the curve.

This is consistent with official data missing the regime’s growth target of 7.5 percent in the fourth quarter of 2014, by coming in just shy at 7.3 percent. The International Monetary Fund (IMF) also downgraded its growth expectations for the country to 7 percent in 2015.

GDP and activity is slowing because businesses are cutting down on investment spending, the key driver of China’s late growth after export growth ceased playing its part in the aftermath of the financial crisis. According to CBB, only 43 percent of firms said they increased spending, whereas 13 percent actually reduced spending.

The most interesting sector in China today is real estate

While the regime has repeatedly stressed lower growth would be acceptable if there was a rebalancing of the economy and consumption replacing investment, this is not happening.

“This year revenue gains were not only minimal compared to Q4–14 but the weakest Q1 data in four years of tracking. Neither consumer demand nor retail sales to business and government is picking up the slack from the investment slowdown,” stated the report. Only 52 percent of companies saw increases in retail spending whereas 11 percent reported declines.

The most interesting sector in China today, however, is real estate, where even official data indicated residential property is in a freefall.

The survey confirms residential real estate is in dire straits with 41 percent of them reporting falling revenues. However, there were some improvements in new home building activity, with 35 percent of companies reporting gains.

“Home building saw an improvement based on a disastrous fourth quarter, but it’s not great. Commercial construction and transportation saw growth in revenues. The fourth quarter was a pretty bad quarter and while we are not seeing a dynamic sector, most subsectors are showing stability or improvement compared to the last quarter of last year,” said Leland Miller, president of CBB.

CBB also offers interesting findings regarding bank and shadow bank lending activity. Premier Li Keqiang recently said the regime would stimulate if it had to. CBB’s research, however, suggests companies won’t need it.

“The share of bankers expecting credit availability to rise in six months’ time jumped to the highest level in six quarters. Companies see things much differently: the share of firms expecting more credit availability in six months was substantially lower, and ticked downward. Crucially, so did the share of firms expecting to borrow. Orders may or may not come from on high, but an assessment of financial intermediation indicates stimulus simply won’t work as some in Beijing desire,” stated the report.

One reason, and very much underreported in the media, Chinese firms have increased their profit margins because input costs went down more than sales prices and volumes.

“Weakening of inflation continues, but most commentators miss the fact that the effect confirms performance has largely been positive. Controlled production costs and moderated wage growth have bolstered firms’ bottom lines,” stated the report.

Good earnings by Chinese companies is one of the reasons Chinese stocks almost doubled since the year before.

The impressive performance of the stock market also explains the difference in attitude between bankers and companies when it comes to lending. In spite of not needing to stimulate the economy wholesale, the Chinese central bank has pushed liquidity into the market to provide support for housing. Most of the new money, however, went directly into the Chinese stock market, bypassing the economy completely.

As Reuters reported recently, many of the infamous trust funds, part of the unofficial shadow banking system, have shifted away from giving out loans to companies and invest directly into stocks and bonds, an activity confirmed by CBB.

“There is no economic justification for heavy stimulus. The labor market is stable, firm performances are stable. But the credit transmission mechanism is broken. If they do stimulate, the money will go straight into the stock market. We are not seeing any growth rebound. They are setting themselves up for a stock market crash, we just don’t know when it will happen,” said Miller.

According to CBB, only 25 percent of companies even applied for loans, which can be explained by better operational performance and the realization that investment in further capacity expansion is not worth it.

However, for those companies that do need money (real estate developers) the shadow lending rate increased by 1.25 percent to 9.54 percent compared to the last quarter, indicating there is stress in the most vulnerable part of the economy.