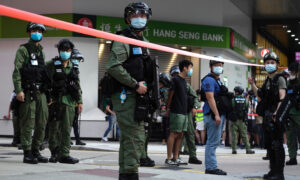 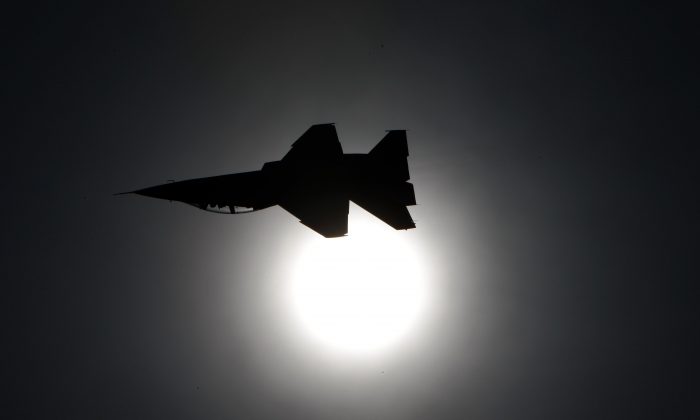 On the Chinese Communist Party’s Tactics for Stealing Western Military Technologies: Part 1 of 2

Since the Chinese Communist Party (CCP) took over the country in 1949, the Chinese regime has consistently been stealing military technology from other countries. In recent years, theft seems to have become a national strategy for growing its military, and it has become an increasingly worrisome problem.

This January, multiple news sources reported that in an official promotion video released by China’s state-run Hongdu Aviation Industry Group, an L-15 jet that conducted a test-flight at the China Flight Test Establishment carried a brand-new, domestic-made guided bomb underneath its prototype wing. The model name “TL-20/CK-G” was written on the bomb. Observers outside China immediately noted the striking similarities between TL-20 and GBU-53/B, the latest deployed second-generation Small Diameter Bomb of the U.S. Air Force.

Back in March 2017, the People’s Liberation Army Air Force’s J-20 fighter jet officially entered service. A few years ago, China and the United States engaged in a “war of words” on whether J-20 was a knockoff of the American F-35, because the two models shared many similarities. In 2014, a Chinese national pleaded guilty to conspiring with Chinese sources to steal design information and manufacturing technologies for the F-35 and other American fighter jets.

Outside observers noticed that as soon as U.S. unmanned aerial vehicles (UAV), more commonly known as drones, entered combat service, the Chinese navy immediately released its own UAV model to the world at an airshow in 2006, with no intention of hiding the fact that its model highly resembled a U.S. drone. Over the years, the West has grown increasingly vigilant over CCP’s theft of sensitive technologies to grow its military.

High-tech industries such as artificial intelligence play a vital role in military development. Technologies capable of sifting through intelligence data, and developing UAV and unmanned ground vehicles could substantially boost the combat capabilities of military personnel. Over the years, the CCP has gone on the offensive on a massive scale to get its hands on these technologies.

Last July, China’s State Council released a notice titled “the Plan on Developing a New Generation of Artificial Intelligence.” The notice clearly stated that AI is becoming a new focal point of international competition. Developing AI should be treated at “the height of national strategy” and China should “take initiative” to “draft plans systematically,” according to the notice.

The Chinese actively search for those U.S. companies that pioneer the technologies that China lacks. They then carefully target those companies in order to acquire their expertise.
— Wilbur Ross, U.S. commerce secretary, in a 2017 Financial Times editorial

The CCP also admitted that it was lagging behind developed nations, lacking in key “original achievements” in areas like core algorithms, key equipment, high-end chips, and software. The country also has a serious shortage of talent in top-tier AI, it said.

Western countries have found that these four strategies have provided opportunities for China to steal technologies from them. This article and its next installment shall discuss each strategy in more detail.

The CCP first tasted victory after it bought a British high-tech company in 2008. The deal later helped the CCP to make a key breakthrough in its aircraft carrier development.

For many years, research into manufacturing a new generation of electromagnetic aircraft launch systems (EMALS) has been a focus for both the United States and China. The United States was the first to succeed, put into use on the USS Gerald R. Ford, the lead ship of the U.S. Navy’s supercarriers.

The South China Morning Post reported on Nov. 19, 2017, that the CCP was able to make a key breakthrough after purchasing the British company Dynex Semiconductor, which provided the technology to make IGBT chips.

In 2008, the Chinese state-owned enterprise Zhuzhou CRRC Times Electric Co. Ltd. purchased 75 percent of shares from Dynex Semiconductor. This took place in the middle of a global economic crisis. A source from inside the current British government, who wished to remain anonymous, told The Epoch Times that then-Prime Minister Gordon Brown did not prevent the sale because his administration did not see the transaction as a threat to national security at the time.

But the following year, the UK government listed IGBT chips on its Strategic Export Control List, which are goods that require a special license in order to be exported.

At a Congressional hearing with the Committee on Foreign Investment held on Jan. 9, 2018, Dennis Blair, co-chair of the U.S. Commission on the Theft of American Intellectual Property, an independent organization, spoke about China’s current threats to U.S. military technology. Instead of targeting secondary technologies as it did in the past, the Chinese regime has now shifted its attention to the most advanced top-tier technologies. Their primary channel for stealing U.S. military technologies is through investment in the United States or through American allies.

In an editorial published on Aug. 15, 2017, in the Financial Times, U.S. Commerce Secretary Wilbur Ross wrote that “the Chinese actively search for those U.S. companies that pioneer the technologies that China lacks. They then carefully target those companies in order to acquire their expertise.” Ross also added that the regime also targets American startups with “scientific breakthroughs” to make significant investments, not for the “rate of return, but the capture of new technologies, which the Chinese then use for other purposes.”

A report released in December 2016 by Mercator Institute for China Studies, a German-based think tank, noted that almost all large-scale American semiconductor firms have received investment offers from parties representing the Chinese regime.

There is a long list of examples where China’s state-owned enterprises purchased foreign firms to further the regime’s own purposes. Here we list but a few:

Over the past six years, the state-owned Aviation Industry Corporation of China (AVIC), the parent company of Chengdu Aircraft Industry Group, which is the R & D firm that designed and manufactured J-20, acquired many U.S. companies that manufacture aircraft and its parts and components. In 2011, AVIC purchased American manufacturer Cirrus Aircraft through a subsidiary company, giving it the opportunity to engage in R & D at the renowned Oak Ridge National Laboratories in Tennessee, operated by the U.S. Department of Energy.

Soon after the failed deal, Canyon Bridge announced it would purchase Imagination Technologies, a British tech firm specializing in chip design. The deal was approved by a UK court in November.

In the same FT editorial, Ross lambasted Beijing authorities for pressuring American firms operating in China to turn over proprietary technology in exchange for access to the Chinese market. U.S. companies are often forced to form joint ventures with domestic firms; limited to ownership of 50 percent or less; and required to transfer their technology “as part of product sale contracts,” Ross wrote.

Many of those firms are tech-related. In February 2017, California-based chipmaker GlobalFoundries announced a $10 billion project to build a chip plant in Chengdu, Sichuan Province.

The New York Times reported in August 2017 that the Guizhou Province authorities would provide land and financing to a joint venture that it formed with American chipmaker Qualcomm, called Huaxintong Semiconductor. In turn, Qualcomm would provide the technology, $140 million in initial funding, and agree to shift more of its high-end manufacturing to its Chinese counterpart.

The Chinese regime had announced plans to spend about $100 billion to bring chip factories and research facilities to China, according to the Times.

By handing over proprietary technology, American firms risk losing their competitive edge and handing over critical advances that the United States could apply to the military.

Intellectual property (IP) theft—of which China is the biggest infringer—has resulted in major financial losses for the U.S. economy. Theft of trade secrets cost the United States between $180 billion and $540 billion annually, according to the IP Commission, an independent group of experts who investigate the theft of American IP.

The U.S. has recently begun to take action. Trump has signed a memorandum to allow trade representatives to investigate China’s IP theft, while the United States, EU, and Japan plan to file a complaint with the WTO (World Trade Organization) over China’s forced technology transfers and other policies they deemed unfair to foreign businesses, according to a report by Japanese newspaper Yomiuri Shimbun.