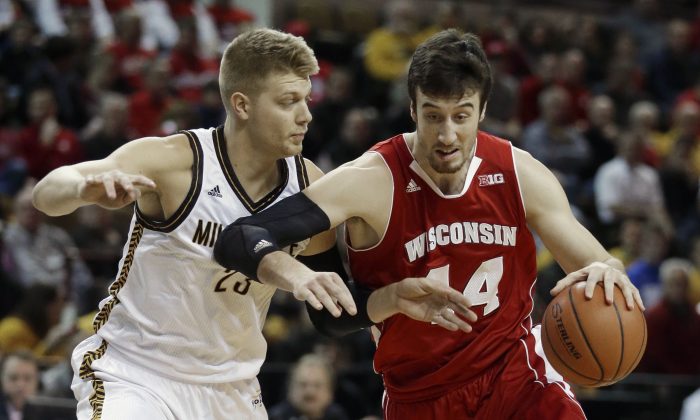 On the Ball: College Basketball Picks

We’re only month into the season, but the finish seems a foregone conclusion: Undefeated and unanimous No. 1 Kentucky is the best team in the land. With their collection of McDonald’s All-Americans, the Wildcats have won every game by double digits and held Montana State to just 28 points.

They play Saturday, along with a number of other ranked teams. Here are the picks for this weekend, with the home team in all-caps.

(10–0) KENTUCKY 82, (6–2) North Carolina 70—When they want to be, Kentucky is the best team in the nation, hands-down. They showed that to everyone when they throttled Kansas by 32 in mid-November. Roy Williams will have the Tar Heels ready, but they don’t have enough to pull the upset.

(9–0) ARIZONA 72, (6–3) Michigan 58—If there were ever a time to buy low on Michigan, it’s now. They’re coming off back-to-back home losses to NJIT and Eastern Michigan. But they can’t be that bad, though—they beat Syracuse just a few days earlier. Either way, the third-ranked Wildcats have a good résumé with wins over Missouri, San Diego State, Kansas State, and Gonzaga.

(9–1) WISCONSIN 78, (1–4) Nicholls State 47—The Badgers have high expectations this year after making it all the way to the Final Four last spring. They’ve looked good thus far—save for the 10-point loss to Duke in early December. Nicholls State’s four losses have been by an average of 26 points.

(7–1) TEXAS 84, (5–1) Texas State 58—The Longhorns have wins over UConn, Iowa, and California, with their only loss coming at the hands of Kentucky (who else?). They also have one of the top freshmen in the country in center Myles Turner, who averages 11.4 points, 6.9 rebounds, and 2.9 blocks a game. Texas State hasn’t beaten any noteworthy teams this season, though it’s early.

(8–2) UCLA 68, (8–2) Gonzaga 64—The Bruins fell out of the rankings after back-to-back losses to North Carolina and Oklahoma and haven’t beaten anyone of consequence yet. The Zags took Arizona to overtime before falling 66–63, but since this is at UCLA, I’ll give them the slight nod.

(7–1) Kansas 79, (7–1) Utah 69—The Utes showed they’re for real when they knocked off Wichita State, in overtime, to snap the Shockers’ 35-game regular season winning streak. Kansas is still finding themselves after their humiliating loss to Kentucky, but this game will be played in their backyard—Kansas City.

(6–1) Wichita State 72, (6–3) DETROIT 60—The Shockers may have already lost a game this year (which didn’t happen last season until March), but they won a major recruiting battle when Kansas transfer Conner Frankamp elected to enroll there and will be eligible next season. They’re still good enough to get past Detroit, which has lost both games against Power Five conference teams.

(5–2) Oklahoma 69, (5–4) TULSA 60—Oklahoma leading-scorer Buddy Hield already has three 20-plus point games thus far as the Sooners have wins over Butler, UCLA, and Missouri. Tulsa is one of the lowest-scoring teams in the country at 64.9 a game.

(9–1) MARYLAND 86, (8–2) South Carolina Upstate 72—Maryland, which is tied for the best nonconference mark in the Big Ten, boasts three players who average 15 or more points per game—Dez Wells (16.2), Melo Trimble (16.0), and Jake Layman (15.2). Little-known South Carolina Upstate managed a win over Georgia Tech on Dec. 6, but has lost to Wright State and Central Florida.

(9–0) Northern Iowa 77, (5–3) VCU 72—VCU coach Shaka Smart is one of the best in the land, but his team is off to a poor start this season. Two of his team’s three losses have been by double digits, and all have happened in the past five games. Meanwhile, the undefeated Panthers have respectable wins over Virginia Tech and Northwestern.

(9–1) NOTRE DAME 74, (4–4) Florida State 62—A great football matchup, these two schools still boast respectable basketball programs with good coaches at the top. Mike Brey’s Fighting Irish are led by senior guard Jerian Grant, who averages 19.0 points and 6.1 assists per game. Florida State, coached by Leonard Hamilton, who once coached in the NBA, is in search of a quality win after an early three-game losing streak.