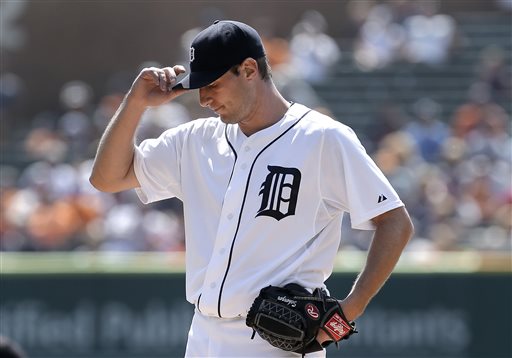 Tuesday was the first official day of Major League Baseball’s free agency period, with 136 players eligible to negotiate with all 30 teams. For some, like free-spending Phillies GM Ruben Amaro Jr., this is the time to go out and drive up the free agent prices while ending up with a roster of aging, overpaid players. Others prefer the patient route and will wait until the markets play out a bit. Either way, these are the top players to be had:

Where he’ll go: Either Oakland, Chicago Cubs, or back to the Pirates—he’ll have plenty of teams talking to him.

Where he’ll go: Yankees. He was great in his half-season audition there (not everyone excels in the Bronx) and they can certainly afford him.

7. DH Victor Martinez; Age: 35, 2014 stats: .335 average, 32 home runs, 103 RBIs—Martinez has been an excellent hitter his entire career, but never more than last season when he set career-highs in average and home runs, while posting an incredible 70:42 walk to strikeout ratio.

Where he’ll go: Tigers or Royals. He’s limited to DH and the Tigers and Royals both have a need.

6. C Russell Martin; Age: 31, 2014 stats: 290 average, 11 home runs, 67 RBIs—Martin is an intense player who makes others better. Case in point, the Yankees haven’t made the playoffs since he left two years ago, while the Pirates have in both his seasons in Pittsburgh.

Where he’ll go: LA Dodgers. The Dodgers have a need, have the money, and are familiar with Martin who came up with them.

Where he’ll go: Toronto, Boston, or the LA Dodgers. This one could go a numbers of ways as no one is really sure what Ramirez’s value is after an up-and-down career.

Where he’ll go: San Francisco. The Giants can’t afford to let him go, despite his weight, as he’s been such an important part of their three titles.

Where he’ll go: Boston or the Chicago Cubs. The Royals will bid on him but they can’t match what the large-market clubs can offer.

Where he’ll go: Boston, NY Yankees, or the Chicago Cubs. Lester could reunite with his former teammates in Boston, the organization with the deepest pockets (the Yankees), or the club with the brightest future—the Cubs.

Where he’ll go: Detroit or the NY Yankees. The Tigers tried to sign him before he hit the market, while the Yankees are going to try to get one of these top starters available.