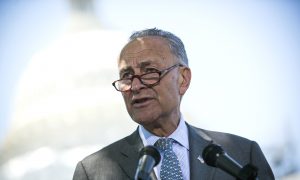 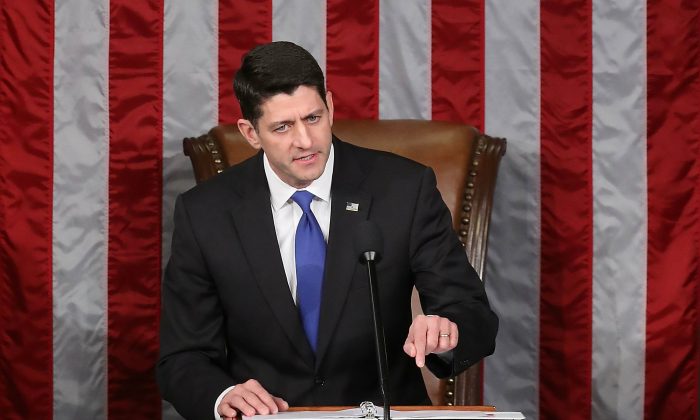 Since the New Deal, Congress has chosen to delegate its legislative power to executive agencies that write regulations, but over the decades, many lawmakers have come to believe this relationship has fallen out of balance, threatening the constitutional order, removing accountability, and damaging the American economy. In the newly convened 115th Congress, bills introduced on the first day of the new session are placing regulatory reform on the agenda.

The Constitution grants “all legislative powers” to the Congress. The practical difficulties of writing the rules for programs such as Social Security led Congress to empower agencies in the executive branch to write regulations that carry out Congress’s legislative purpose. The rules issued by agencies have the force of law.

Under President Barack Obama, the pace of issuing regulations increased dramatically, with 2016, his last year in office, being a record-breaking year.

The regulations reach into all aspects of life, from matters as small as designating a one-mile-long safety zone for a fireworks display in Natchez, Mississippi, to as large as the Environmental Protection Agency’s Clean Power Plan, which the agency itself says costs the economy $7.2 billion annually, but critics say costs far more.

Since the New Deal, the role of agencies has grown inexorably, with a tendency towards creating more—and more expensive—regulations.

Under President Barack Obama, the pace of issuing regulations increased dramatically, with 2016, his last year in office, being a record-breaking year.

In an article in Forbes, Clyde Wayne Crews, vice president for policy at the Competitive Enterprise Institute (CEI), tallied the number of pages added to the Federal Register in 2016: 16,850, swelling the register from 80,260 pages by the end of 2015 to a record high of 97,110 pages.

In May, CEI estimated the compliance cost for federal regulations stood at more than $1.88 trillion annually. Critics of the administrative state say the growing number of regulations affects economic growth.

What’s Behind the Democratic Party’s Losses?

Jon Sanders, director of regulatory studies at the John Locke Foundation, said, “There have been a number of studies done showing the growing regulatory burden is having a significant, long-term slowing effect on the U.S. economy.” Sanders cited an April 2016 study done by the free market think tank the Mercatus Center, which concluded that if regulations had remained at the 1980 level, the economy today would be 25 percent larger.

Rep. Hank Johnson (D-Ga.) often disputes the claim that regulations increase costs. In a 2015 Congressional hearing, he said, “There is overwhelming consensus that the benefits of regulation vastly exceed their costs.” He then cited figures from the Office of Management and Budget, whose data on the costs of regulations are mostly compiled from agency reports.

Many of his Republican colleagues disagree, however, and are introducing bills to address the issue.

The REINS Act has been introduced to and passed the House of Representatives in three of the past four years, only to fail in the Senate.

The act would require the House and the Senate to pass a joint resolution approving any major rules (those imposing costs of $100 million or more) within 70 legislative days after the rule is issued.

According to a 2015 statement issued by then Representative Todd Young (elected in November as the junior Senator from Indiana), “The REINS Act will help to restore accountability and constitutionality to the regulatory process, and would constrain the delegation of congressional authority by limiting the size and scope of agency rule-making authority to non-major rules.”

Young, who had formerly sponsored the REINS Act in the House, states that Congress’s delegation of its authority has allowed agencies to issue rules that “are sometimes ineffective, redundant, time consuming, costly, and even counterproductive.” The REINS Act would allow Congress to prune the regulatory body.

Crews said, “Congress likes to delegate power. They complain about it, but there are benefits to doing it.” The REINS Act, by forcing Congress to be accountable for major regulations, also imposes some discipline on Congress itself.

The act has been criticized for being unworkable, for asking members of Congress to make technical judgments they are unqualified to make, and for being unconstitutional.

Obama Seeks Political Victories up to the End

In a 2013 hearing on the act, Rep. John Conyers (D-Mich.) calculated that, if there are an average of 80 major regulations a year, Congress would, according to the restrictions of the act, need to vote on eight regulations per day over only 10 eligible days during the session, a prospect he finds very improbable.

Young points out that in the 110th Congress, the House had time to pass 600 resolutions that did not substantively change law.

The original arguments for an administrative state, with bureaucrats independently issuing rules, relied heavily on the notion that those administrators had subject matter expertise.

Young says that the REINS Act will make the most of bureaucratic expertise by encouraging consultation between agencies and Congress before a regulation is finalized.

Crews points out that cronyism can compromise the expertise of agencies—in other words, the agencies also have political considerations that influence their decisions.

The REINS Act supplements the Congressional Review Act, which allows Congress to pass a joint resolution invalidating a regulation within 60 legislative days after it is issued.

Passed in 1996, the Congressional Review Act has mostly proven to be impotent—only one regulation has been invalidated. The problem has been that the president whose administration has approved a regulation has the opportunity to veto Congress’s action.

The threat of a presidential veto of Obama administration regulations will disappear on Jan. 20 with the inauguration of President-elect Donald Trump. However, a large number of regulations may be subject to Congressional disapproval, as the limit of 60 legislative days stretches back into June 2016.

However, because the act provides for a set time for debating and considering any regulation, Crews believes that, with a docket crammed with Trump initiatives, the new Congress could only take the time to act on only a handful or at most a few dozen regulations.

The Midnight Rules Relief Act will change this situation. It enables Congress to bundle multiple regulations issued during the 60-day period to be acted on in a single up or down vote.

According to Philip Hamburger, the Maurice and Hilda Friedman Professor of Law at Columbia Law School, “Administrative power is the key civil rights issue of our time. All Americans, regardless of race, religion, or ethnicity, are at risk of having their rights violated by the administrative state.”

One particular aspect of this risk has to do with a doctrine of law that has sprung up around bureaucratic regulations. The courts assume that if Congress is vague or silent on an issue in a piece of legislation, then an agency is empowered to make regulations, interpreting as required. In such a case, the courts defer to the agencies and do not independently adjudicate the validity of the rule.

This deference is a violation of due process, according to Hamburger, because the courts have a predetermined bias in favor of the government.

In an opinion piece, Rep. John Ratcliffe (R-Texas) wrote that this deference has enabled a form of “tyranny” that the separation of powers was meant to prevent. Ratcliffe says judicial deference has allowed agencies to enact regulations without legislative authority from Congress in a long list of key issues, including the issuing of net neutrality rules, guidance on transgender bathrooms, and the EPA’s Clean Power Plan.

On Jan. 3, Ratcliffe introduced the Separation of Powers Restoration Act into the House in order to prevent such tyranny.

The official summary of the act reads in part, “This bill modifies the scope of judicial review of agency actions to authorize courts reviewing agency actions to decide de novo (without giving deference to the agency’s interpretation) all relevant questions of law.”

Hamburger said, the passing of this law “would be transformative.”