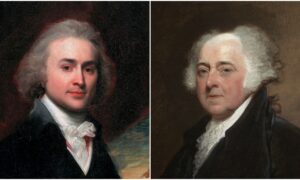 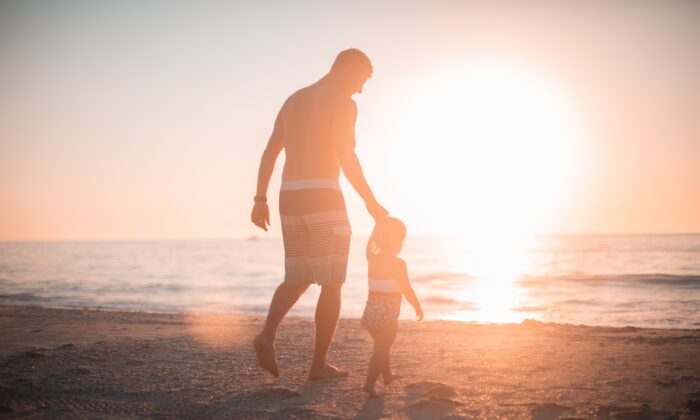 Within fatherhood is the responsibility to serve one's family and pass on heritage. (Derek Thomson/Unsplash.com)
Viewpoints

Father’s Day became a national holiday in 1972, 58 years after President Woodrow Wilson had made Mother’s Day official. Neither was a religious holiday, but when my son was in grade school, the church we attended acknowledged both days. Parents received a small gift: a flower for moms and a ballpoint pen for dads.

I was struck by the difference in tone of the different occasions. Remarks from the pulpit on Mother’s Day extolled the virtues of mothers, their love, patience, nurturing, sacrifice.

Fathers received more admonition than praise, comments focusing on how far short we fell and the harm resulting in the lives of wives, children, and society. Perhaps I was already primed to notice the difference, as Mother’s Day heightened my sense of gratitude and Father’s Day reminded me of my shortcomings.

As a professor of social work, I knew from a variety of studies the negative outcomes suffered at increased rates by children of absent fathers—such as poverty, behavior problems, high school dropout, incarceration, poor health, drug and alcohol issues, and unmarried teen pregnancy.

The act of fathering a child may be a universal and necessary aspect of all human societies ever. But fatherhood as a social institution—that is, a legally and socially recognized state of being a father with rights, duties, responsibilities, and statuses—was an achievement, a product of marriage.

Influential critics in the 1970s and 1980s saw the marriage license as a “hitting license,” marriage as a way of keeping women in their place. But as some of those same researchers came to see from their own research, women are safer from violence in a marriage with a co-resident husband than in other sexual relationships such as dating and cohabiting. And children are at much greater risk of maltreatment with a man in the house who isn’t their biological father.

Perhaps marriage is better understood the other way round, as a protective factor for women and their children. Or, more broadly, as a way of meeting the need in any society to keep men in line.

Human offspring have an exceptionally long period of maturation, during which they and their mothers are vulnerable to predators. Families need the children’s father in the house not only to provide for them, but also to protect them—from other men.

In short, by instituting formal marriage, he created fatherhood as an institution.

Law, custom, and informal social control prepare a man to become a responsible father. Nature itself seems to prime him for his new role. It reduces a man’s testosterone level substantially when he becomes a father, making him better prepared to be involved in parental care and less in other, more aggressive male pursuits such as seeking a mate.

It’s clear enough what goes wrong for families and societies when fathers fail in their paternal role. Father-hunger and anger at absent or abusive fathers are intense and lasting, for sons and daughters. We see the longing to belong in such different accounts as Mary Eberstadt’s discussion of rap music in her book “Primal Screams” and Michael Brendan Dougherty’s book “My Father Left Me Ireland.”

Dougherty writes as a father of a young child. He tells the story of his own hunger for a father, tradition, and identity—a longing to belong. He was raised as an only child by his single mother in a different country. Though married and about to become a father himself, he’s desolate when his mother dies, never to see the grandchild she longed for.

In the form of letters to his father, who had married and raised another family in Ireland, the book shows Dougherty’s deep pain growing up without his father. His journey is a search for reconciliation, to heal the broken bonds between generations, and to connect his own child to her grandfather and to her Irish relatives and heritage.

In another recent book, also from the perspective of a young father, Sohrab Ahmari, who had emigrated from Iran to America with his parents when he was 13 years old, explores his worries about the world into which his son has been born. The concern isn’t about material well-being but the risk to his young son’s spiritual welfare of growing up in a society that has cast off its tradition and its moral wisdom, a wisdom of limits and constraints.

The book explores the need for tradition in an age of chaos, through a series of questions about the things of God and those of human life. Ahmari is a good storyteller and addresses each question by telling the story of a representative figure from a great tradition—Aquinas on faith and reason, Seneca on death, or Confucius on how we should serve our parents.

Both books see fatherhood as essential to families and a healthy society. Fatherhood requires sacrifice and self-giving, the opposite of a prevalent view in which children are essentially consumer items, their needs subordinated to the desires of adults.

We see how cultures fall apart as the moral constraints that sustain marriage and paternal duty give way to what scholar Carl Trueman calls infantile celebrations of sexuality and hedonistic self-assertion. Whether in the late Roman Empire, in Soviet Russia in the 1920s, or post-sexual-revolution America from the 1960s on, we see high rates of promiscuity, nonmarital births, divorce, father absence and single parenting, homelessness, abortion, and other symptoms of societal breakdown.

We humans, fathers not least, are flawed and broken. The self-inflicted collective wounds of the past half-century—the damage wrought by law and government policy, our cultural institutions, and popular culture—don’t make us more aware of our moral obligations. They make it harder for us to fulfill them.

These two books in their different ways help us think deeply about the role and responsibility of fathers in serving their families and in passing on a heritage and patrimony to their children. Both are gifts to all fathers and from fathers to children. Both understand the importance of tradition and the constraints and sacrifices it calls for as the path of freedom, rightly understood.

“Manhood is found in sacrifices, offered joyfully,” concludes Dougherty, his baby daughter in his arms. “The only liberation worth having is one accomplished in sacrifice.”