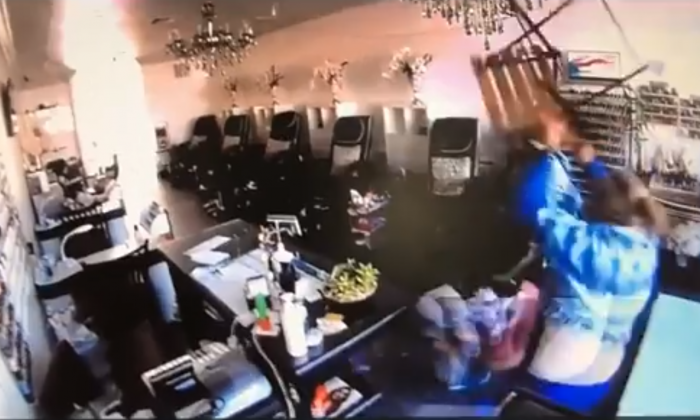 Nail salon workers fight off an attacker in Los Angeles on Jan. 31, 2018. (LAPD)
Crime and Incidents

Gustavo Aranda, 25, picked the wrong nail salon crew to mess with. After allegedly attacking them for no apparent reason, they fought back, even trying to smash a chair over his back.

At around 10 a.m., he entered a nail salon on Burbank Boulevard in Los Angeles “and began hitting three women inside for no reason,” Los Angeles Police Department stated in a release. “The victims were involved in an intense fight for their life with the dangerous suspect.”

A security camera video released by the department shows one of the workers grabbing Aranda’s legs, while another attempts to hit him with a chair.

“The suspect punched the victims several times,” the release stated. “He also swung a chair and hit the victim until employees from a neighboring business arrived and apprehended the suspect.”

Police are still looking for the stolen car.