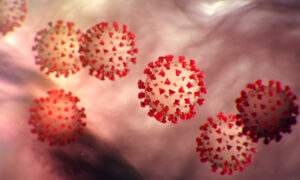 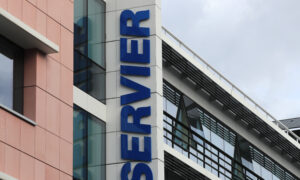 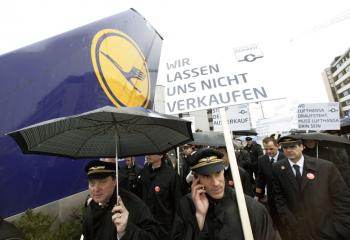 By Cindy Drukier
Print
The Lufthansa pilot’s strike is off till March 8 pending the outcome of further negotiations—giving one of Europe’s largest airlines some breathing room, amidst the global economic downturn and some of the fiercest competition ever in the airline industry.

The planned four-day strike was stopped after less than a day by the German pilots’ worker union, Vereinigung Cockpit (VC) after reaching a compromise with management before the Frankfurt labor court. Lufthansa confirmed that the 4,000 pilots would go back to work, when the union conceded points of disagreement regarding transferring jobs to Lufthansa Italy.

The abbreviated stoppage still disrupted some 10,000 travelers worldwide and likely cost Lufthansa millions. It was expected that the full strike would have cost the airline about US$135 million.

The dispute is largely over the airline’s plan to transfer German pilot jobs abroad to its subsidiary companies such as Lufthansa Italy and Austria Airlines, where the pilots receive a decreased salary and more difficult working conditions.

“In this way, a basis is achieved for constructive talks at the negotiation table,” said a statement released on the Lufthansa Web site.

Negotiations will continue and center around the terms of the basic contract agreement and the collective wage agreement within German territory.

Lufthansa said its special strike schedule will remain in effect on Tuesday, with services slowly returning to normal over the following few days.

British Airways also announced today that its cabin crew union, Unite, had voted to strike. The U.K. High Court blocked a similar job action by 12,000 crew members before Christmas, ruling that there was nothing unlawful about BA’s changes to working practices and in-flight staff reductions. The sticking point for BA employees is primarily the carrier’s plan to cut the number of flight crew aboard its Boeing 747 jumbo jets. No strike date has yet been set.

Airlines at the Crossroad

Like many airlines worldwide, Lufthansa and British Airways, two of Europe’s biggest, have been suffering greatly in the global economic downturn combined with greater competition from regional discount carriers offering lower prices.

An analysis earlier this month in an industry publication, Centre for Asia Pacific Aviation (CAPA), argues that the problem for the major European carriers, including BA, Lufthansa and Air France-KLM, has been the massive decay in lucrative inter-Europe business travel.

"Short-haul premium will never recover. That part of the business has changed forever and we have to address it,” said British Airways CEO, Willie Walsh, according to the article.

International Air Transport Association (IATA) figures for 2009 show that intra-European premium travel dropped by 25 percent, the majority of which used to be business travelers.

The solution, as suggested by CAPA, is for the majors to get help from “a low cost, quality short-haul airline subsidiary that can compete on (nearly) equal terms with the specialist,” the low cost carriers. However, the re-assignment of pilots to smaller airline subsidiaries, is what lead to the dispute with the German pilot’s union.

The outcome of Lufthansa’s situation will likley be a litmus test for the industry’s restructuring efforts. Whether they can be successful, according to the CAPA report, “will depend on how well managements can convince their labor unions to adopt the new realities.”