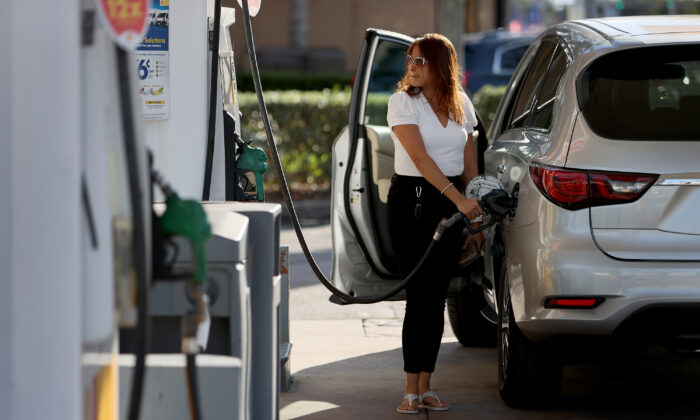 Jim Bianco, President and Macro Strategist at Bianco Research, warned in a series of tweets and in a Bloomberg interview on Nov. 29 that any restrictions imposed in response to Omicron would fuel faster inflation, with his remarks coming as President Joe Biden plans to provide an update later in the day on the U.S. response to the new CCP (Chinese Communist Party) virus variant.

The White House said in a readout of a Sunday meeting with the COVID-19 Response Team on Omicron that the administration’s medical adviser Dr. Anthony Fauci said it would take around two weeks to gather more definitive information about the new strain, though he continues to believe that existing vaccines will likely provide “a degree of protection against severe cases” of COVID-19, the disease caused by the CCP virus.

The readout also indicated that on Monday Biden plans to provide an update on his administration’s response to Omicron.

Bianco, in a series of tweets, said he expects twin messages from Biden, on the one hand encouraging the American consumer to “live your life” and “keep spending at record levels” while, on the other, potentially announcing restrictions that Bianco says would put another crimp in the already strained supply chain and push up inflation.

“We have a ‘great resignation’ underway. We need MORE trade, MORE production, and MORE people going back to work. We don’t need less, and the coming Omicron restrictions mean less,” Bianco wrote in a separate tweet. “Travel bans, lockdowns, other restrictions is going to feed even more inflation.”

Bianco elaborated on the theme of renewed lockdowns fueling more inflation in an interview with Bloomberg, saying that the biggest headwind facing the economy is the depressed labor force participation rate and the supply chain crunch.

“With all the restrictions that we’re about to get, it’s not going to help that situation. It’s going to make it worse” and lead to faster inflation, he said.

His remarks come after a number of countries imposed travel restrictions in response to the new variant and amid broader concerns about the persistence of price pressures in the United States after recent government data showed over-the-year consumer price inflation running at a three-decade high in October and accelerating its monthly pace from the prior month.

While Fed officials continue to maintain that the current bout of inflation is “transitory” and will pass once the supply-side bottlenecks are resolved, they have adjusted the tone in their official communications, making the transitory case less forcefully. In a bid to cool inflationary pressures, they also decided at their most recent policy meeting to start phasing out the $120 billion in monthly asset purchases at a pace of $15 billion per month, though a number of economists have urged a faster timetable.