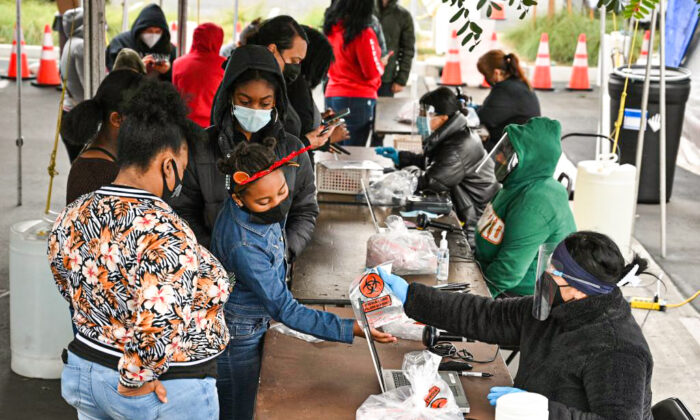 A British doctor has forecast COVID-19 evolving to become less severe and endemic, and said the highly-transmissible but milder Omicron variant is the beginning of the process.

“The thing that might happen in the future is you may see the emergence of a new variant that is less severe, and ultimately, in the long-term, what happens is COVID becomes endemic and you have a less severe version. It’s very similar to the common cold that we’ve lived with for many years,” Dr. Mike Tildesley, a member of the Scientific Pandemic Influenza Group on Modelling (Spi-M) and a University of Warwick professor, told Times Radio on Saturday.

Tildesley said that the latest variant is different from the previous Delta strain, but that the time for normalcy has not been reached. “We’re not quite there yet, but possibly Omicron is the first ray of light there that suggests that may happen in the longer-term. It is, of course, much more transmissible than Delta was, which is concerning, but much less severe.”

Natural immunity has been found to offer better protection against the CCP (Chinese Communist Party) virus than the vaccines, according to an Israeli study involving around 5.7 million people. The theory is that a highly-transmissible version of the virus would infect people rapidly but leave behind a more resistant population.

Tildesley added: “Hopefully, as we move more towards the spring and we see the back of Omicron, we can get more inter-relationships of living with COVID as an endemic disease and protecting the vulnerable. Any variant that does emerge which is less severe, ultimately, in the longer term, is where we want to be.”

Tildesley pointed to the number of cases, which was flat-lining in the UK’s capital city London, and lower hospital admissions, as encouraging signs that the situation may be starting to turn around.

According to preliminary studies, Omicron is much more likely to infect the throat compared to the lungs, which makes it less deadly, but more infectious. A preprint of an animal-based study conducted by researchers from the University of Liverpool’s Molecular Virology Research Group said that mice infected with Omicron lose less weight, experience milder pneumonia, and carry less viral loads.

“It’s one piece of the jigsaw,” professor James Stewart said, according to The Guardian. “The animal model does suggest that the disease is less severe than Delta and the original Wuhan virus. It seems to get cleared faster and the animals recovered more rapidly, and that ties in with clinical data coming through.

“The early indications are that it’s good news, but that’s not a signal to drop our guard, because if you’re clinically vulnerable, the consequences are still not great—there are deaths from Omicron. Not everyone can rip their masks off and party.”

“We’re concerned that people are dismissing Omicron as mild. Surely, we have learned by now that we underestimate this virus at our peril. Even if Omicron does cause less severe disease, the sheer number of cases could once again overwhelm unprepared health systems,” he said.