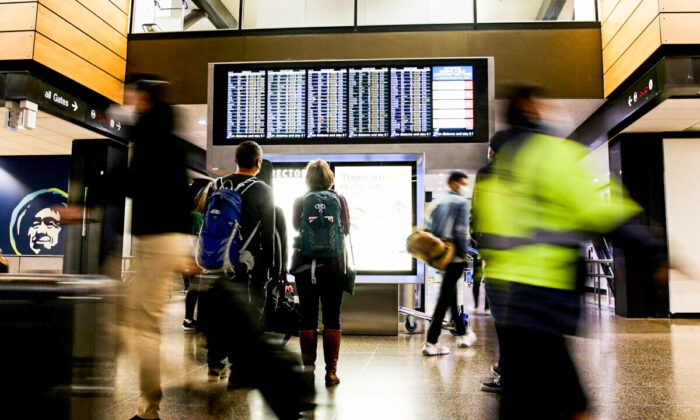 The recently named Omicron COVID-19 variant has been discovered in about a third of all U.S. states, according to a tally of states that have reported cases.

No deaths have been associated with the variant, which was described as one of concern by the World Health Organization late last month, in the United States or around the world.

Biden administration COVID-19 adviser Anthony Fauci, during an interview on CNN’s “State of the Union,” said Sunday that so far, “it does not look like there’s a great degree of severity to it,” referring to Omicron. But he noted that it was too early to draw definitive conclusions and more data is needed.

Centers for Disease Control and Prevention Director Rochelle Walensky, in a separate ABC News interview, said that the COVID-19 Delta variant makes up the vast majority of all cases in the U.S.

But with Omicron, officials “are every day hearing about more and more probable cases so that number is likely to rise,” she said.

To date, around 20 cases of the Omicron CCP (Chinese Communist Party) virus have been discovered in the United States.

Dr. Angelique Coetzee, the head of the South African Medical Association, told media outlets last week that Omicron patients in South Africa are showing mild symptoms, adding that an infected individual doesn’t suffer from a loss of taste or smell.

And in a preliminary study, several researchers wrote on Dec. 3 that Omicron is the only CCP virus variant to contain an “insertion mutation,” dubbed ins214EPE, which the researchers said is likely of human genomic or viral origin.

The researchers then theorized in a pre-print study that the insertion mutation may have developed in a person simultaneously infected with the CCP virus, and the HCoV-229E coronavirus, which can cause the common cold.

“It is plausible that the Omicron insertion could have evolved in a co-infected individual,” the researcher team, led by Venky Soundararajan of Nference, a Cambridge, Massachusetts-based firm that analyzes biomedical information, wrote in the study, which hasn’t been peer-reviewed.

The United States, the European Union, and a number of countries have since imposed travel restrictions on several southern African countries. Going a step further, Japan and Israel have barred all foreign travel over the emergence of the variant.