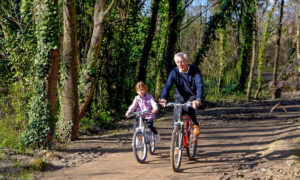 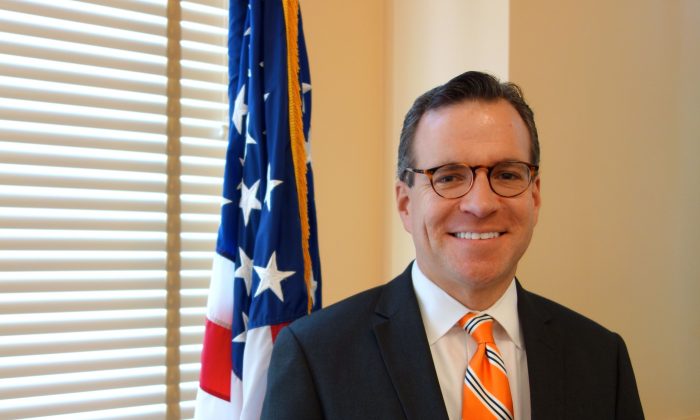 Ombudsman to the Business Rescue

ATLANTA—He had tales of peril and escape—PowerPoints of hope and redemption.

A tiny business was underpaying its employees. They fell below the federal hourly minimum wage. By a quarter. That’s 25 cents. Two bits.

The Department of Labor (DOL) was ready to assess punitive fines—enough to shut the little company down. It owed each worker about $200. It was ready and willing to pay that, but unable and unwilling to pay a multithousand-dollar punitive fine. The fine could have left those underpaid workers unemployed.

His agency negotiated a big reduction of the punitive fine, over 70 percent. DOL set up an interest-free payment plan. The business survived and the owners learned how to follow the Fair Labor Standards Act. That is common, said Castro. When businesses come to the ombudsman for help, they do get it.

He did not identify the company, or any of the companies he told stories about. His office’s work is confidential. It has an exemption from the Freedom of Information Act (FOIA), Castro said. None of the complaints that come from businesses or workers can be used as evidence in a legal proceeding. None can be made public.

As a journalist, I had mixed feelings about that. There are too many exemptions to the FOIA already, in my opinion. I understand why a business might want a complaint to be kept quiet, but a wrangle between a small business and one of our massive federal agencies could be newsworthy. It could tell of a systemic problem.

He also gave me an interview with the very nice and wonderful and competent SBA regional communications director, Lola Kress, sitting at the table. Because I signed on to the Society of Professional Journalists letter asking federal agencies to stop that practice, I had ask them about that. Does the presence of communications directors in interviews have a chilling effect on federal officials, stopping them from speaking frankly?

“She knows I cannot be restrained!” said Castro, with a big laugh.

He also praised Kress for making the event happen. It was an outreach to Asian American Pacific Islander small business owners in Georgia on Monday. Without her, and the partnerships she had developed, they would not have made the connections that led to such good attendance.

Kress found community leaders. For example, one representative of the Laotian-American community stood and described a little-known issue that hurts Asian grocers and restaurateurs. Real estate professional Malay S. Wu said Kaffir lime leaves and morning glory are banned in Georgia, yet they are harmless and provide essential flavor to certain Asian dishes. A person trying to shop for them must skulk around as if trying to make a drug deal, she said. It’s foolish and makes the business people feel bad.

SBA Office of Advocacy regional advocate Mark Berson was ready to help. In the large forum, he recommended she approach her local legislators about the forbidden vegetables. Afterward he approached her and offered his card and more good advice.

After the meeting, Wu wrote in an email, “I do miss those two vegetables though. There’s different names for morning glory. Cantonese call it ‘ong choy,’ others call it ‘kong kong.'”

From odd state vegetable rules to bigger safety and wage questions, some regulations help and some hinder. The SBA intends to help businesses clear a path through the sometimes-bewildering thicket of rules. It knows that small businesses are vital, a lifeblood of the economy. The SBA ombudsman also helps small government entities and nonprofits.

Castro is traveling around the country to tell people about the ombudsman program. Small businesses particularly need to know about it, according to Castro. It provides an advocate that the smaller businesses need. Big companies have compliance officers to make sure they follow regulations and laws, and they have lawyers to fight the agencies if they try to punish them, as the DOL tried to punish the underpaying small company.

He and his colleagues can provide some of the support big corporations provide for themselves. “We are very responsive,” he said.