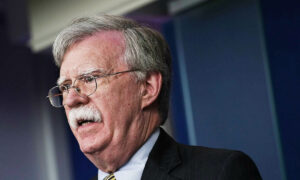 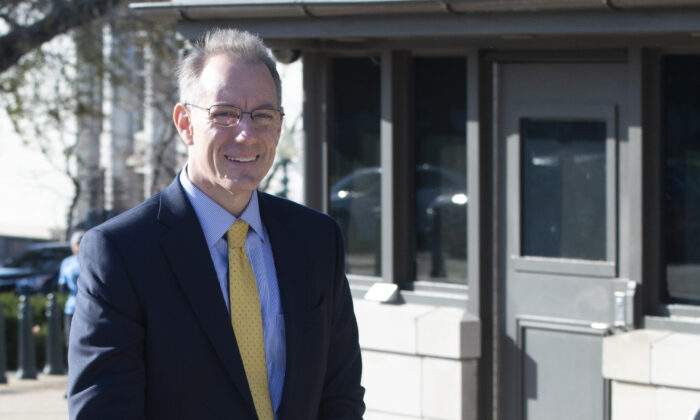 Mark Sandy, a senior official at the Office of Management and Budget, arrives to the US Capitol in Washington for a closed door deposition with lawmakers on Nov. 16, 2019. (Roberto Schmidt/AFP via Getty Images)
Politics

An official with the White House Office of Management and Budget (OMB) told Congress earlier this month behind closed doors that congress-approved military aid to Ukraine was put on hold because President Donald Trump thought other countries weren’t contributing enough.

Mark Sandy told lawmakers that Trump began questioning the aid on June 19 but he himself didn’t learn about Trump’s decision to put the aid on hold for a review until July 18, when he came back from leave. The hold was officially placed on July 25. The aid was released in September.

Sandy asked OMB lawyers about how long Trump could put the aid on hold and finally got an email in early September about why the aid was put on hold.

“I recall in early September an email that attributed the hold to the President’s concern about other countries not contributing more to Ukraine,” Sandy said.

“We had received requests on additional information on what other countries were contributing to Ukraine,” he added later.

Sandy said that he couldn’t recall another time when a significant amount of assistance was held up without the rationale being provided to the OMB.

A number of agency representatives met in a National Security Council interagency meeting in late July and drafted a memo to Acting OMB Director Russ Vought advising the hold be removed “on certain policy arguments,” Sandy said. One was that the aid “is consistent with the national security strategy.”

“Second was the benefit from the program in terms of opposing Russian aggression. Another argument pertained to the bipartisan support for the program,” Sandy said.

The House Intelligence Committee said in a statement that the reason Sandy cited for why the aid was put on hold “was concocted as an after-the-fact rationalization to justify the hold,” pointing to an Oct. 17 statement by OMB Director Mick Mulvaney.

Mulvaney said that Trump “doesn’t like spending money overseas, especially when it’s poorly spent. That is exactly what drove this decision.”

Mulvaney was then asked whether the requested probe into Ukraine’s interference in the 2016 election contributed to the decision and Mulvaney responded, saying: “The look back to what happened in 2016 certainly was part of the thing that he was worried about in corruption with that nation.”

The transcript of Sandy’s testimony (pdf) was released on Nov. 26.

Sandy told lawmakers that two OMB officials resigned over what happened with the hold. One resigned due to “frustrations about not understanding the reason for the hold” and the other resigned because of “concerns about actions vis-a-vis the Impoundment Control Act,” he said.

Sandy later suggested he wasn’t sure, adding: “I’m always reluctant to speak to someone else’s motivations.”

The Impoundment Control Act “established procedures to prevent the President and other government officials from unilaterally substituting their own funding decisions for those of the Congress” in response to President Richard Nixon’s “executive overreach,” according to the House Committee on Budget.