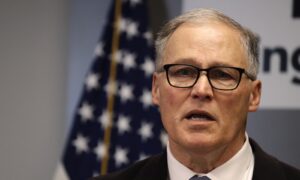 Omar Mateen’s Father on Orlando Shooting: ‘I would have stopped him’

A person who was close to the shooter responsible for the worst mass shooting in American history has the same question as nearly everyone else: Why did he do it?

Seddique Mateen said he didn’t know of 29-year-old son Omar Mateen’s plans to shoot up the Pulse nightclub in Orlando, Florida, on Sunday morning, which killed 49 people. Had he known, the father, who is from Afghanistan, said he would have intervened.

“If I did know it, I would have stopped him,” Seddique said in a video posted on Facebook, which has since been deleted, but has been re-uploaded to YouTube. “I know as much as you do.”

Seddique said his son came from a “well-to-do home” and was “well-behaved” when he was growing up in the United States. “His appearance was perfect,” he said, and he added that his son got “a lot of love and care.”

The father said Omar was well-educated and got an associate’s degree in criminal justice.

“I was from Afghanistan. My feelings are totally American. …My regrets and my condolences and my sympathy for those families who lost their loved ones,” Seddique explained.

He also gave comments to several media outlets about his son.

“I didn’t raise him that way,” Seddique told ABC News. “We gave him enough love and care and education that he knew better.”

Seddique frequently posts Internet videos of himself and commonly broadcasts anti-Afghan government sentiment. He hosts a TV show from California and has described himself as the true president of Afghanistan, the Washington Post reported. He also has expressed sympathies to the Taliban.

He also claimed ties to several U.S. representatives, including Rep. Charlie Rangel, Rep. Dana Rohrabacher and Rep. Ed Royce., and posted photos of him standing with Rangel. He also posted photos on his Facebook page in front of a State Department office in April.

Seddique and his wife moved to the U.S. decades ago. His son was born in New York and grew up in St. Lucie County, Florida. He said his son was a family man and a devout Muslim who didn’t show any signs of Islamic extremism.

“I don’t think he was radicalized,” Seddique told ABC. “That’s what my gut feeling tells me.”

In an interview later on Monday to the Associated Press Television News, Seddique stressed that he didn’t support his son’s actions, and he “would have arrested him myself.” He added to CBS News that it was a “painful” time for him as a parent.

Law enforcement officials said that Omar called 911 during the shooting, pledging his allegiance to the leader of the Islamic State, or ISIS. Online, ISIS fighters and a news agency associated with the terrorist organization celebrated the attack and said Omar was a “fighter” for ISIS.