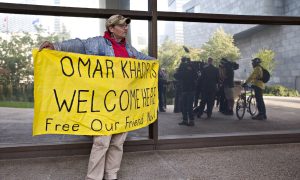 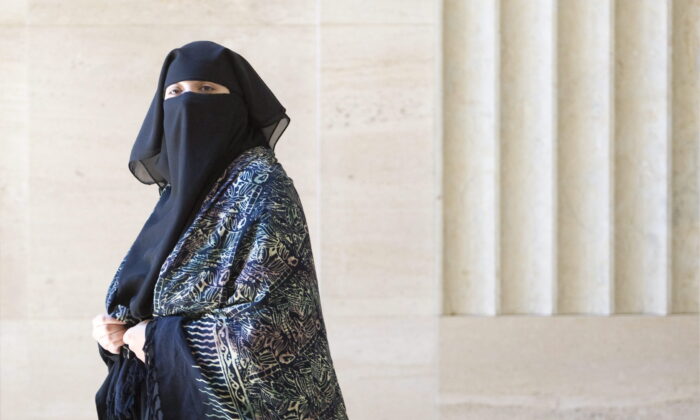 The elder sister of former Guantanamo Bay detainee Omar Khadr wants the federal government to remove her name from Canada’s no-fly list, on grounds that she is not a threat to the country.

Zaynab Khadir filed an appeal in Federal Court on Oct. 30, seeking an order to make the minister of Public Safety and Emergency Preparedness Bill Blair remove her name from the no-fly list—names of individuals suspected to have reasonable grounds to threaten and commit terrorist offences—so that she can fly back to Canada.

Khadr said she was denied boarding in Europe in February when she tried to fly back to Canada with her five children even though she is a Canadian citizen.

According to CTV News, Khadr says that the Public Safety department has denied her request to remove her from the list created under the Secure Air Travel Act in September.

She claims that Public Safety did not provide any reasonable basis to suspect her in engaging or attempting to engage in an act that would “threaten public transportation or to suspect she was travelling by air to commit certain terrorist offences.”

Khadr, 41, has in the past spoken supportively of Osama Bin Laden and it’s alleged that Bin Laden attended her first wedding in 1999. Zaynab Khadr has also spoken in favour of al-Qaida.

“The allegations against the Appellant are based on her history of speech and association,” the appeal says.

The appeal also alleges that it is a breach of Khadr’s Charter rights to add her to the no-fly list based on her history of speech and political views.

Khadr also alleges that her liberty rights were breached as she wasn’t allowed “to return to Canada and reunite with her children, especially in the current pandemic” given the restriction placed on her to fly back.

Without referring directly to her case, Blair told reporters on Nov. 2 that “the passenger protection lists that we develop and manage with Transport Canada is [sic] intended to maintain the safety and security of all Canadians. If someone objects to being on that list, there is a process for them to bring those concerns forward and if they don’t like that decision there’s another process that allows for that to be reviewed at the federal court level.”

Khadr is represented by Toronto lawyer Barbara Jackman, who would not comment on the case without her client’s approval. She also declined to say where Khadr is currently living, but stated that she would be difficult to reach.

Khadr’s brother, Omar, pleaded guilty to five war crimes, including the murder of a U.S. special forces soldier in 2002 when he was 15 years old. He was held in Guantanamo Bay, Cuba, and was returned to Canada in 2013.

In 2017, he went to court asking for his bail conditions to be eased, including allowing him unfettered contact with his older sister.

His case has ignited divisive debate among Canadians over terrorism, human rights, and the rule of law since it was revealed in 2017 that the federal government settled a lawsuit filed by him for a reported $10.5 million.

Zaynab Khadr has married four times. Her third ex-husband, Canadian Joshua Boyle, kidnapped near Kabul in 2012, was rescued by the Pakistani forces and returned to Canada in October 2017.